Shuffling or, more correctly but less workable with my opening bit, shuffle boarding, has emerged in London at the hand of the London Shuffle Club. A loose definition of “sport” and mocked by those who, rightly so, take the piss out of the likes of curling and lawn bowls, this is the beard of physical activities. The kind you take home to your family at holidays to stop them constantly asking, “so, when are you going to find yourself a new team sport already?” 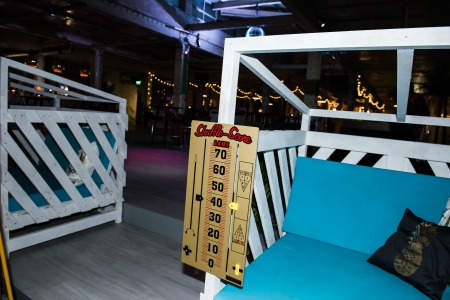 The premise is that you push discs, or biscuits, along a slick surface lane to try and strategically land them in a triangle that allocates varying points. You can knock your opponent’s biscuits out of the triangle, and once the biscuit has fallen off the lane, it’s considered a “dead biscuit”. Now, if you’re playing the game correctly, at this point your teams will start shouting “dead biscuit!” repeatedly, to the same appreciation as the people who shout “taxi” in pubs when a glass breaks.

Shuffle boarding is a game where you have no idea what you’re doing until, by random chance, something happens in the right place at the right time, and suddenly you’re giving people advice on friction and wind resistance. Like Uno, it’s a game you really only get into when you’re the one winning obnoxiously. It’s ridiculous. And it’s a lot of fun. 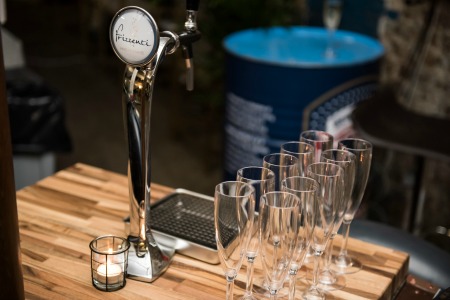 The London Shuffle Club have got it right when it comes to taking an overlooked idea and making an interesting, trendy pop-up out of it. The space occupies the top floor of the iconic Truman brewery, like a massive, open-plan warehouse filled with lanes, a DJ, a pizza corner, and several bars with Prosecco on tap. Yes, Prosecco on tap. Fairy lights and house music bring the laneways of Shoreditch indoors and create a very welcoming and relaxed atmosphere.

It’s a game played for fun. It’s hard to take shuffle boarding seriously and not look like a wanker, so it breeds a crowd of people who are out for a laugh and, again, Prosecco on tap. At £40 an hour for a team of 4, £10 a head isn’t too bad for an hour of laughs-though you’ll be wishing it didn’t seem to pass so quickly.

Unfortunately for us this pop up venture is only running until Xmas. Opening hours are 12-10pm and if you’re seeing the night through after an eve of knocking biscuits, the bright lights of Brick Lane are at your doorstep.