It’s Lady Gaga’s 25th birthday today and she made sure her 9 million Twitter followers knew about it by posting a picture saying ‘Happy birthday me’.

Beneath the photo of a crayon drawing on a tablecloth, Gaga wrote: “Drawing on table at restaurant. If I had to give it all back, but got to keep my fans, that’d be ok.” 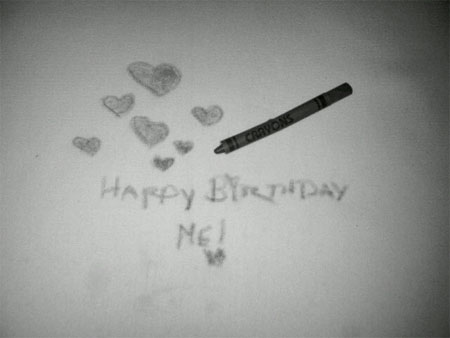 Gaga can certainly bask in the adoration of her fans today after her Twitter following topped 9 million, ahead of Justin Bieber, Barack Obama and Kim Kardashian. Gaga sent her first tweet in 2008.

Last year Gaga also made a birthday announcement on Twitter, posting a picture of herself topless, holding a tea-cup along with a quote by Karl Marx: “Last words are for fools who haven’t said enough.” 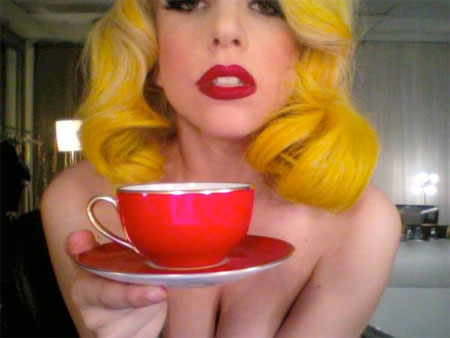 Lady Gaga posted this topless picture of herself on Twitter last year for her 24th birthday.

In the build up to her 25th birthday, the Born This Way singer hung out with wrinkly rocker Alice Cooper, posing with him for a picture backstage at her show in Phoenix, Arizona.

“I just died and went to Hell,” Gaga posted beneath the picture of herself in a bikini and fake blood as Cooper pretends to choke her. 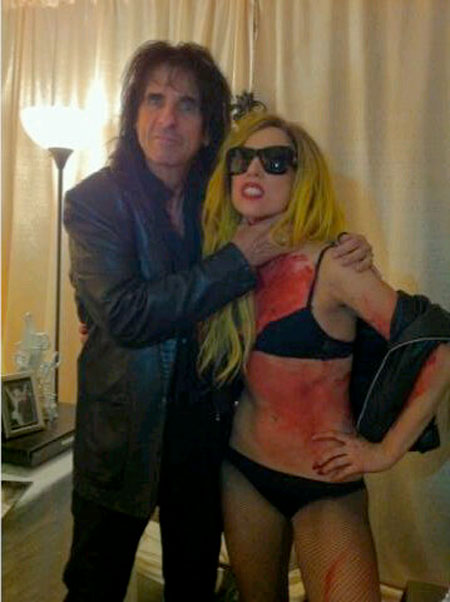 Gaga acknowledged that #BornThisDay has been trending on Twitter thanks to her devoted fans, writing: “Thank you for trending #BornThisDay monsters!”

“The sweetest tweet! You are all the present I need in the world.”

The Courage Of Others