With a multi-million-pound museum opening next month and new hotels popping up ?at a dizzying rate, compact Liverpool is the place-du-jour when it comes to UK weekend breaks. We root about some ?of the city’s established and recent attractions and discover that the city ?is more than just the birthplace of ?The Beatles.

The old: Liverpool boasts more museums and galleries than any other UK city outside London, many of which are free, including Walker Art Gallery, which includes works by Degas, Turner, Rembrandt and Hockney.
Worth a look is Antony Gormley’s Another Place installation, a collection ?of 100 life-size, cast-iron figures which stretch 3.2km across the shore in Crosby Beach, just outside Liverpool. Depending on the tide, the striking sculptures can ?be entirely visible or fully submerged.
The new: Get an eyeful of major paintings, drawings and collages by Belgian surrealist Rene Magritte at Tate Liverpool. He is considered one of the most revered artists of the 20th century. Magritte’s work will be on display from June 24 until October 16 (admission £10). 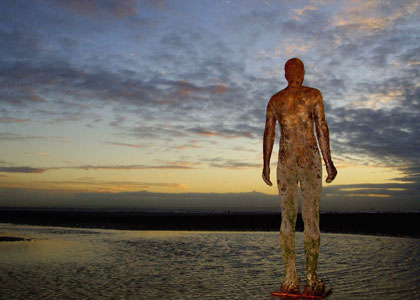 The old: Liverpool was awarded UNESCO World Heritage Status in 2004 and was European Capital of Culture in 2008. Learn all about the people and ships connected to the city’s great port at the Merseyside Maritime Museum, and hear moving tales of rebellion and bravery at the International Slavery Museum.
The new: The £72 million Museum of Liverpool will open on July 19 on the city’s waterfront. Star attractions will include the stage where The Beatles’ John and Paul first met in St Peter’s Church Hall in Woolton, and an 18ft life-size Liver Bird, the city’s iconic symbol. The museum ?will be the largest newly built national museum in the UK for more than century.

The old: Liverpool holds the Guinness Book Of Records accolade for being the Capital ?of Pop – more Scousers have had a number one hit than any other town or city in the world. These artists are celebrated on the Wall of Fame in Mathew Street, dominated by ?The Beatles, who have 17 discs there.
Fans of the Fab Four should visit museum The Beatles Story (beatlesstory.com) and do the Magical Mystery Tour (beatlestour.org), which reveals the story of how the band came to be and finishes up in the legendary Cavern Club. The venue celebrated the 50th anniversary since The Beatles made their first appearance on February 9. Between this date in 1961 and 1963, the quartet made ?a total of 292 appearances at the club.
The new: If you’re getting caught up in Beatlemania, swing by Chavasse Park, home to the John Lennon Peace & Harmony Monument, unveiled by Lennon’s first wife Cynthia and son ?Julian in 2010.
All Beatled-out? Then check out three-day carnival extravaganza Brazilica Festival, making its debut in Liverpool ?on July 15-17.
On Saturday July 16, there will be an all-day street party in Williamson Square followed by a night-time samba parade. Samba Sunday on July 17 will host exhibitions and performances across ?the city. See brazilicafestival.com 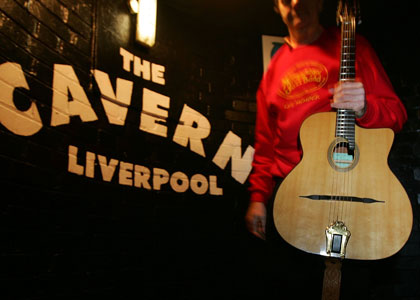 Where to drink: Rock on at The Cavern (cavernclub.org),  There’s live music every night of the week.
Laugh ‘til you cry at the Laughterhouse comedy club (laughterhousecomedy.com) ?on Fenwick Street.
Spend the night at Latin-themed Alma de Club (alma-de-cuba.com), a 200-year-old Polish Catholic Church-turned-restaurant/bar.

Where to eat: Hit the heights of fine dining at Panoramic (panoramicliverpool.com), the UK’s highest restaurant, set on the 34th floor of  the West Tower.
Check out Marco Pierre White’s ?new steakhouse at Hotel Indigo (hotelindigoliverpool.co.uk) for Michelin-star-worthy meat dishes.
The palatial Liverpool ONE retail and leisure complex offers a huge range of restaurants and bars to suit all budgets.