Do you believe in the Loch Ness monster?” our guide Shelby asks, with a twinkle in her eye.

Two people on our bus of 15 raise their hands. I’m not one of them.

“So why are you travelling 350 miles to see a puddle?” she asks the rest of us, referring to our round trip to Loch Ness from Edinburgh, apparently the longest tour humanly possible to do in Scotland in one day.

The drive north from Edinburgh to the Highlands along winding roads is a treat. The epic scenery of Braveheart country keeps on coming: from glassy lochs and brilliantly green valleys to towering peaks, dotted with highland cattle, known affectionately as hairy cows, and their Ewok-like calves.

The mix of rain and sunshine for which the Highlands are known results in some intense rainbows, and the treasure beneath them is the eye-popping landscape.

The tree-clad mountains are a rainbow of colours, and we stop from time to time to catch a glance at majestic castles. 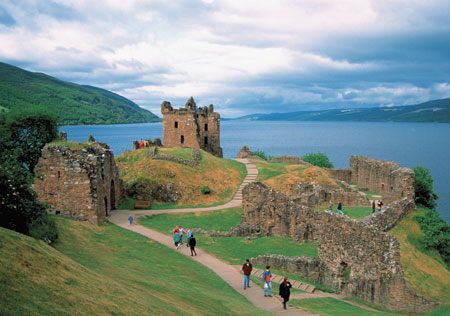 Visually, the Scottish Highlands are a year-round destination with the landscape changing according to the season. Discover snowy peaks in winter, a patchwork of colours in autumn, bonny flowers in spring and lush foliage in summer.

We stop to take in the view of the haunting Glen Coe, the site of the bloody massacre of members of the McDonald clan in 1692. The glen is known as Weeping Valley, not because of its turbulent history but thanks to the countless waterfalls that cascade down its sides like tears.

Soon, we arrive at the inky waters of Loch Ness. More than just a “puddle”, the loch is 37km long, more than 1.5km wide with a depth of 229m. According to my guide, you could mash up the world’s population in a blender and the resulting human smoothie could be poured into the loch with space left over, so there is plenty of room for a monster or two to hide.

As we climb aboard a boat for a tour of the loch, the captain says: “Sit back, relax and don’t feed the monster.”

There are three sonar screens on the boat so passengers can keep their eyes peeled for monsters.

After failing to spot the humped sea creature in the dark and brooding loch, I get the lowdown on the elusive beastie from a Loch Ness researcher onboard.

“I’ve seen the creature 10 times on the surface and 900 times on sonar,” he told me. “I don’t want anyone to hunt it because I don’t want it to become extinct.” 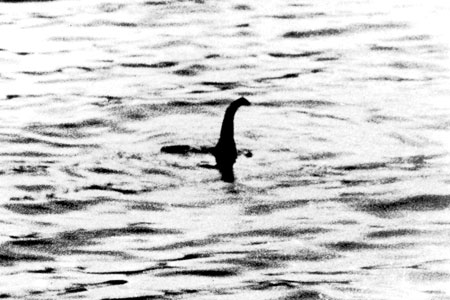 The researcher, who asked not to be named, thinks there are 18 of the creatures living in the Loch, which he says are members of the Macroplata family, a prehistoric aquatic reptile that is believed to have died off millions of years ago.

Also convinced of Nessie’s existence is our guide Shelby. “If Nessie does exist,” she said. “I hope it continues to be the best hide-and-seek player in the world.”

Staring at the epic loch’s dark waters, I have no doubt that the Loch Ness monster can continue to elude us all for centuries to come.

» Janine Kelso went on a one-day tour with Rabbie’s Trail Burners (0131 226 3133; rabbies.com), which offers small-group luxury tours throughout Scotland and the North of England. Tours start from £22 for one-day trips.

Lose your grip on reality with Gravity and Other Myths