Shin was fighting Germany’s Britta Heidemann in a final round to decide who would go on to the gold medal stage of the Women’s Individual Epeé.

There was one second left in the extra frame but the clock never started, apparently giving Heidemann an extra second to deliver the winning blow.

Fencing star Heidemann screamed triumphantly before running off the piste. However she was called back after Korea’s coach complained to the judges. 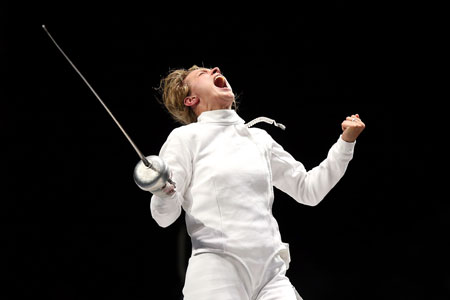 When the judges ruled that Heidermann was still the gold medal holder, Korea launched a formal appeal.

At this stage, things took a turn for the bizarre. Shin burst into tears but refused to leave the piste, as this would signal she accepted the judges’ decision. 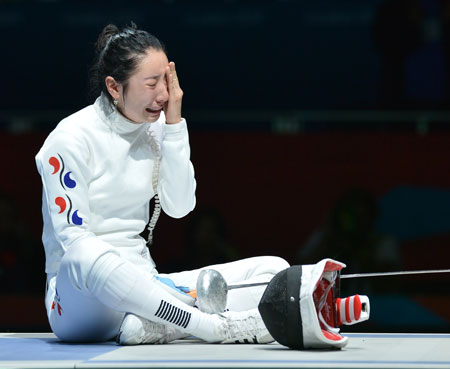 Shin A Lam bursts into tears as the fiasco drags on

For her part, Heidermann became increasingly impatient waiting to be told if she could keep her gold medal. 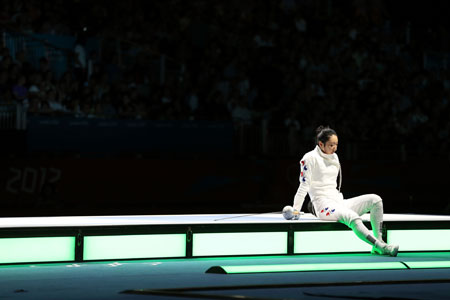 After nearly an hour, the original verdict was upheld and Shin was asked to leave the piste. However instead of doing so she defiantly stood her ground until security arrived to march her off. 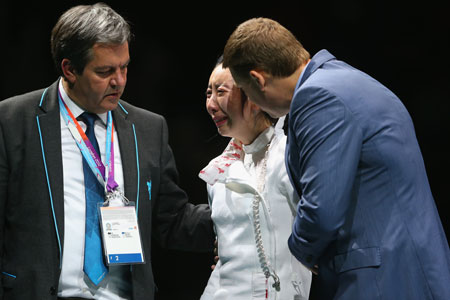 Watch The Guardian’s Lego re-enactment of the fencing drama here.

A visit to Sheffield, England

I Am Karate release their brand new single Swayze