The show has divided opinions, with some hailing it as a fittingly fluffy end to the Games while other have lambasted it for conforming to the merchandise vision of the UK.

David Segal, in a broadly positive review in the New York Times described it as “a gaudy three-hour farewell that mashed up theater [sic], acrobatics, fashion and a few generations of musical idols”.

“It felt as if the Games had suddenly been programmed by England’s version of the Chamber of Commerce, which decided to take advantage of this final moment in the international spotlight to produce one long and kinetic ad for the country’s pop culture.”

A pop culture which many seem to feel is at odds with the spirit of the Olympics.

Writing on Telegraph, Lucy Jones picked out her top 10 moments, highlighting the appearances of Fatboy Slim in an inflatable octopus (with six legs) and Timothy Spall dressed as Winston Churchill.

Lord Coe, chairman of the London Organising Committee said the Closing Ceremony “wouldn’t be anything too profound,” and that was certainly the case.

The appearance of the reformed Spice Girls, carried atop Hackney Carriage (what else?), was cited by many as the highlight of the show, while others enjoyed the undimmed pipes of The Who’s Roger Daltry.

danny boyle’s ceremony didn’t make one reference to cowell’s britain. and this, at least people who turned up, was nowt but

Why is Jessie J dressed as a vajazzle?

Tweets from members of the public were less diplomatic:

I am going to pretend that this concert was just a freak accident, completely separate from the Olympics.

Lynn Truss speaking on the Today Programme seemed to sum up the anti-argument well:

Alexis Petridis, writing in the Guardian, asked: “Who doesn’t want to see the Pet Shop Boys performing West End Girls, particularly when they do it wearing gigantic conical hats while circling the stadium in the back of two rickshaws covered in fluorescent orange origami?”

While the Opening Ceremony was greeted with almost universal delight in the UK, the international response was less keen. However the Closing Ceremony seems to have gone down better abroad, adhering as it did to the more recognisable, or stereotypical view of Britain. 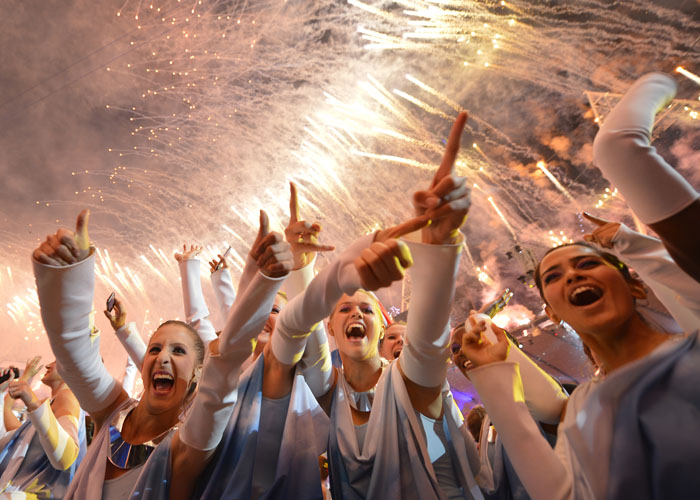 IOC chairman Jacques Rogge praised the spirit and friendless of the Games’ volunteers and spectators, while Seb Coe said London was able to say they’d ‘done it right’.

What did you think?

Un-realpolitik: One Nation candidate steps down after gaffe-laden television interview