The Story of Pop Weekender

Dynamic, pop-obsessed DJs New Kids On The Pop are intent on bringing your youth back to life through spinning the greatest tunes from your hazy memories.

Yes, while Seventies and Eighties nights revelled in retro-nostalgia, now the Nineties and even the Noughties come under the spotlight, too, in this three-night, weekend launch party that’s set to spin all the greatest party and pop hits from Adam Ant and Boy George, to the Spice Girls and Lady Gaga.

This weekend’s the first of a monthly residency for this DJ duo.

Kitty and the Bulldog

Kitsch and cute are top priority in this exhibition. It examines how quintessentially British design and fashions, such as the studded punk movement and goth stylings, have influenced the Japanese ‘Lolita’ look, which has been embraced by legions and whose impact and reach has been felt worldwide.

As part of the Shoreditch Fringe fest, Mexfest celebrates Mexican culture with a programme of movies, from rare sci-fi treats to docos to the opening night world premiere of Made In Mexico.

There are also musical performances, a series of panels and talks and a Lucha Libre photography exhibition, to boot. 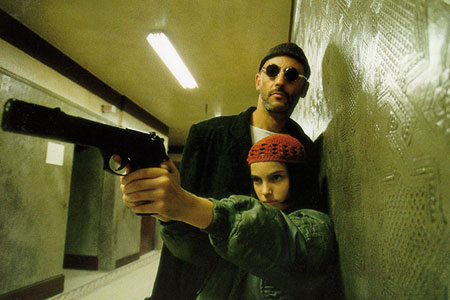 This ambitious film love-in goes beyond what other film festivals achieve – it is a nationwide event that celebrates movies and their various forms of exhibition (cinemas, pop-up screens, film fests, movie clubs) through a programme of eye-catching, genre-spanning events.

There’s a creature double feature – King Kong Vs Godzilla and Matango at the Prince Charles, a celebration of Euro crime flicks, such as the Giallos, a Luc Besson double header (above), and a 16mm night.

After the whirlwind storm that this summer’s procession of festivities and sports has been so far, Midori melon liqueur has teamed up with Chelsea’s stylish hangout The Phene to offer a haven of tranquillity in its Japanese Chi Garden.

There’s a free drink on arrival and free massages between 6.30pm and 8.30pm.

Despite her skydiving with Bond the other week, Queen Liz and her royal buddies have got a long way to go if they are going to beat this lot – they have a man with the stretchiest skin of all time, for a start, which he shows in squirm-inducing ways. This cabaret show’s not for the faint-hearted.

London is the Place for Me

This two-week festival looks at Trinidad and Tobago’s connections and fusions with Britain through food, literature, theatre, spoken word and music and dance.

So there’s no shortage of cultural offerings here to entertain, with a subtext of historical and social interest, to put it in context.

YOUR SPORTS WEEKEND IN A FLASH (Week ending Oct 26)