For the next month, thousands of runners will be preparing to pound the pavement for the London Marathon’s gruelling 42.195km.

Some will meet life-long goals and eclipse personal bests, while others will emerge hobbling and twisted like Simon Pegg in Run Fatboy Run, without the heroic finale.

We’d rather you be in the first camp, so we’ve assembled this toe-to-head guide to preparing for and surviving a marathon.

Step one: Get the right shoe

All men may be created equal, but all feet are not. Some turn in while they run (this is called overpronation), while others turn out (yes, that’s underpronation).

The right shoe can correct your gait, and can make even the most pronounced twists neutral. In order to match each runner with the perfect shoe,

Sweatshop performs a gait analysis, where they film and analyse your run on a treadmill. Full-time staffers are trained in biomechanics at Roehampton University in Surrey, so know their stuff. The shoes cost money, but this useful assessment is free. 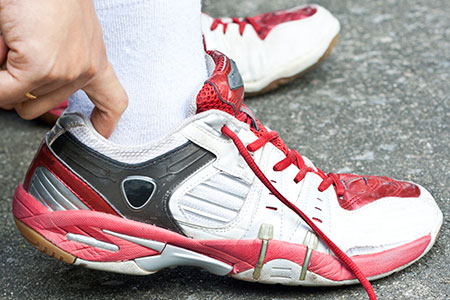 If you think catching your breath at ground level is difficult, try it at high altitude, where the oxygen level is much lower. It’s a technique that works for the likes of Mo Farah and Paula Radcliffe, who hit the peaks when training.

The idea is, if your body can adjust to a high-intensity workout at low oxygen levels, it can perform even better when they’re normal. Athletes flock to The Altitude Centre, which features a hypoxic chamber (a sealed room mimicking the atmosphere at 2750m above sea level).

Step three: Sweat it out

Sweat is as distinct as our fingerprints, with some folks’ perspiration saltier than others. As such, the amount of sodiumyou should ingest to refuel will vary greatly from person-to-person.

That’s why precision hydration (not just what you sweat, but how much) is popular in athletic circles.

The Physio4Life Clinic in Putney administers sweat tests, and pairs runners with the correct dosage of electrolytes, so they can refuel effectively. A sweat test costs £95. Electrolyte tablets are £6.95 for 15. 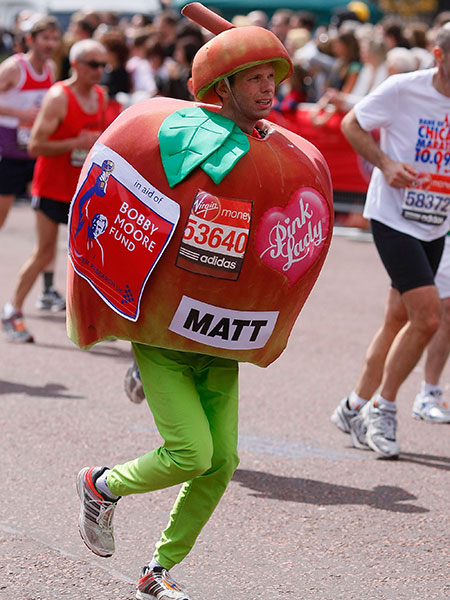 Step four: Get in the mindset

Running a marathon should be enjoyable – it shouldn’t be a chore or a source of anxiety. Moreover, the happy athlete is often also the better one. That’s where sports psychologists come in.

High-profile athletes such as Jessica Ennis have talked openly about working with a sports psychologist, which means it shouldn’t be taboo for the rest of us.

To find the right sport psychologist for you, visit the British Psychological Society’s site. Rates average £70 per session.