London scene: your seven-day guide to arts and entertainment in the city

Defoe stars in Sydney-born filmmaker Daniel Nettheim’s adaptation of Julia Leigh’s 1999 novel, about a mercenary hunter’s search for the elusive, perhaps- long-extinct, Tasmanian tiger. Nettheim teases out a story that has Defoe’s hunter, Martin, working for a shady client and sent out into the Tasmanian brush to search for the tiger. It is here he encounters others out to beat him to the prize, with a tale of greenies vs loggers playing out amid the scenic backdrop. It’s a gripping, man-vs-nature-vs-capitalism tale with solid emotional underpinning.

On general release from July 6

Bobcat Goldthwait, the deraged Cadet Zed in the Police Academy movies, is now a celebrated filmmaker. His latest movie takes aim at celebrity culture, as Joel Murray’s middle-aged office drone goes on the rampage, offing reality TV stars. It’s not as dark as 2009’s perverse World’s Greatest Dad, but is a biting, if a tad predictable, satire of instant-celebrity culture. 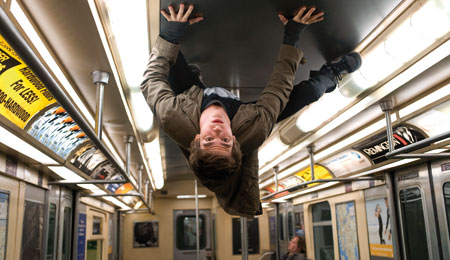 Brit Garfield is the new Peter Parker as the appropriately named Marc Webb calls the shots in this back-to-school revamp. Spidey’s the most accessible of the Marvel superheroes (well, more so than an intergalactic Norse God!), and you can expect much 3D-web-slinging as he takes on The Lizard.

On general release from July 3

The gruff Welshman’s new show is titled The Man With The Flaming Battenberg Tattoo, continuing his penchant for bizarre tour titles with a suitably bizarre reference to the Swedish thriller series. Expect rants on everything and anything that has been getting Rhod’s goat of late. 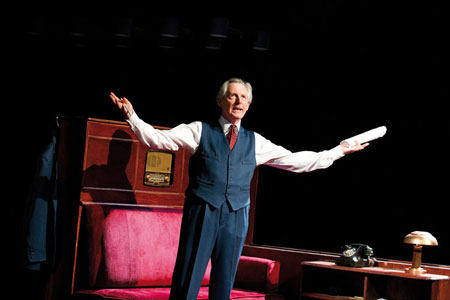 It helps to know something of the history behind Michael Frayn’s fact-based 1969-set political drama. It’s based in the period following the election of Willy Brandt to the post of chancellor as he worked towards the unification of East and West Germany. It’s absolutely fascinating viewing, no matter how informed you are.

This famed photographer documented daily life in the Big Smoke between the end of WW2 and the start of the Swinging Sixties, in all its mini-skirted freedom and glamour. Wilfred captures the change from grim austerity to forward-looking optimism in the city. See how London once was in this exhibition’s last week.

Where to get a great G&T for World Gin Day