London scene: your weekly what’s on guide to arts and entertainment in the city

Jennifer Westfeldt writes, directs and stars in this relationship comedy about two singeletons who decide to have a child together, hoping their plutonic-only love will sidestep the negative affect kids have on relationships. It’s a tad overlong, but witty, funny and shrewdly observed, nonetheless.

On general release from June 29

Matthew McConaughey is typically the abbed pin-up star of rom coms such as Ghosts Of Girlfriends Past: the good-looking guy who saves the day and gets the girl. He is not, usually, the maniacal, predatory hitman, with a penchant for young girls, and a general disregard for life and morals. Yet he excels in exactly that role in William Friedkin’s gloriously twisted comedy thriller.
McConaughey is Detective Joe Cooper, who’s hired as an assassin by Emile Hirsch’s drug dealer, Chris, to kill his mother so he might claim an inheritance. Predictably, though, things don’t go to plan, and Joe begins a dubious relationship with Chris’s younger sister Dottie, as part of his ‘retainer’ until he is paid in full. Adapted by Tracey Letts’ from her own novel, this is a sleazy trailer park tale, loaded with double crosses by dumbasses whose incompetence is the only thing for which they can be relied upon.

US indie-cinema darling Lynn Shelton follows up her Sundance-award-winning Humpday with this low-key comedy-drama. Mark Duplass retreats to best pal Emily Blunt’s remote island holiday home after his brother’s death, only to find her sister has had the same idea.  A warm, funny and touching exploration of relationships and how complicated they can be. 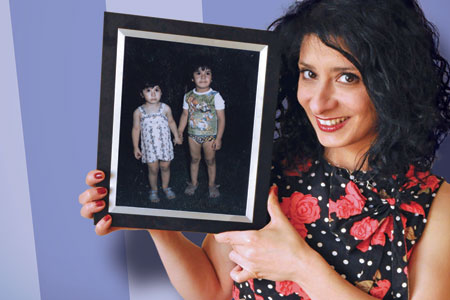 Khorsandi’s new show Me And My Brother In Our Pants, Holding Hands tells the story of two siblings who were best friends but who also, as brothers and sisters often do, enjoyed beating each other up. Expect Shappi’s insightful observations and zany, spirited delivery to keep you amused all show long.

Never quite got round to reading F Scott Fitzgerald’s 1925 novel The Great Gatsby? This eight-hour production – that begins with a frustrated office worker with a frozen computer and turns into a word-for-word re-enactment of the classic novel – demands huge commitment, but sucks you into its story of a dying era.

A look at the changing climate through man’s invention and response to it. It includes the first electric car, which appeared on our streets back in 1887, surprisingly, and a look at man’s reluctance to embrace change, as shown by our past unwillingness to shift from the gas lamp to light bulb. Simpler times, indeed.

Ashes 2013: OFF STUMPED – ‘Horrendous’ Aussies need to think of the fans, pub banter’s no fun with pity

Learn to sail in Croatia