Clarke and Khawaja had looked immaculate for much of the session. The Australian number three showed immense touch and timing to pull England’s seam attack through the leg side time and again.

Clarke’s impressive footwork looked to be giving him the edge over Swann and with England struggling to get reverse swing out of the aging ball, it looked for all the world as if Australia would finish the session without the loss of wicket.

Khawaja passed his 50 without once looking troubled by the England bowlers, and almost took Swann out of the game, body-checking the England spinner whilst trying to make a tight single, leaving Swann prone on the floor. Luckily for the Three Lions he was unharmed. 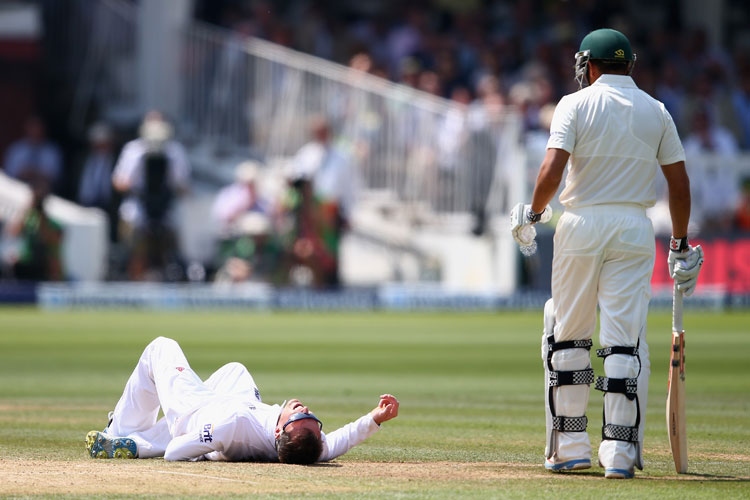 The Australian captain notched his 50 and finally showed some of the shotmaking that has made him one of the most feared men in international cricket; flicking the ball over mid-wicket, and late cutting between gully and slip. 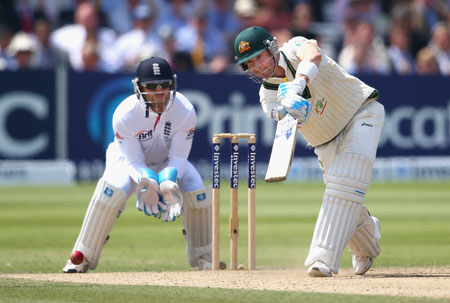 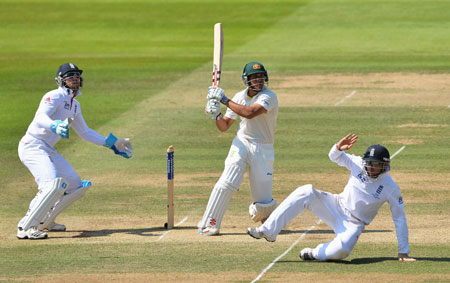 Captain Alastair Cook slung the ball to Root to hold up an end until tea, but the Yorkshireman showed some intent from the get-go. The ball was turning hugely out of the footholes, one going straight Jonathan Trott at first slip.

The ball that got Clarke in the end though, was a bit of a duffer; pitching on leg stump it went straight on, the Aussie captain offered a tame flick looking to guide it down leg, and instead flicked it into Cook’s breadbasket at leg slip.

Buoyed by Clarke’s wicket Cook loaded the field around Khawaja and was duly rewarded. Root thought he’d got the 26-year-old with one that ripped out of the rough. Umpire Kumar Dharmasena was unmoved and England reviewed. Hotspot showed the ball had missed the outside edge.

But Root wouldn’t be denied, finding Khawaja’s edge in the same over, the ball floating to Jimmy Anderson at first slip.

And Tim Bresnan made it England’s session with the late wicket of Steve Smith. The Sydneysider completely misjudging the line of the ball catching an inside edge which Matt Prior snaffled.

England will be looking to finish the Aussies off before the close of play tonight, and, should they pick up some wickets in the evening session, would get the opportunity to take another eight wickets.

YOUR SPORTS WEEKEND IN A FLASH: All the results that matter in one click (Week ending June 22)