London sound: gigs in the capital this week

What’s better than getting a global megstar rapper to play a headline show in one of the world’s top showboating venues? Yes, that’s right, getting two global megastar rappers to play said venue at the same time, and that’s what’s happening as Jay-Z and Kanye West get ready to blow the roof off the O2.

Working together as The Throne for last year’s number one billboard chart debuting record Watch The Throne, the Grammy-winning, best-selling duo hit London for these five enormo shows to bring their album to the masses.

Independently, Jay-Z and Kanye (when he’s not stealing the awards show stage from gobsmacked country singers and getting called a jackass by the US president for his actions) are awesome headliners. Together, with their back catalogues to dip into, too, they’re a proposition that hasn’t been seen in a long time.

Fresh from their headline show at KOKO back in February, the Sydney-bred goth popsters return to play from their ace debut album, Prisoner. Chocked full of indie verve, gothic stylings, and Hayley Mary’s luscious, soulful vocals, they’re a band to get excited about.

More than just a one-song band, the Melbourne-group have proved there’s more to them than soundtracking Joseph Gordon Levitt’s post-break-up meltdown in 500 Days Of Summer. With upcoming second, synth-infused long player to draw from, they’re set to bring their anthemic, radio-friendly indie pop-rock to the next level. 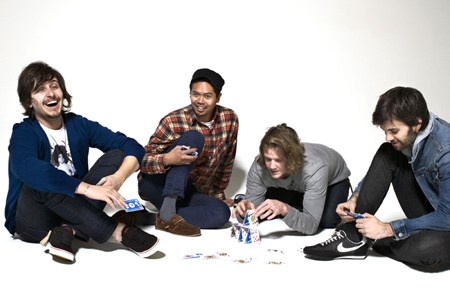 The cheekily titled popsters are back with album number four, Magic Hour, under their arm, which itself features a vocal offering from Azealia Banks on single Shady Love. After the electro-pop offerings of their last, this promises a new direction for the group, although one that’s fused with their dance-pop class.

The Mondays have just headlined the Academy up the road, and so reconvene to this smaller venue round the corner to take the party into the small hours with an assortment of friends. Look out for a special DJ set of electronica-infused indie classics by the white-grinned maracas-waver known as Bez.

Launched back in 2006 by like-minded friends who wanted to throw parties for others as into the house music scene as they were, the MiMo story has been six years unfolding. It comes to an end this weekend, though, as MiMo will be no more, so get down and say goodbye in style at this send-off bash to end them all.

Legendary DJ – and infamous dancer – Paul ‘Trouble’ Anderson sits atop this charity fundraiser for Macmillan Cancer Support, and he’s roped in the likes of Danny Rampling, Robert Owens, Norman Jay (above) and a whole host more for this party that, as the title suggests, celebrates life.

Could you be the voice of Soho?

Top gaming franchises that have made the move to mobile

New movies to be shot in Oz next year