Oxford five-piece Foals were an indie rock band with a math-y vibe and dance-disco-funk rhythm lurking beneath the surface. On their first two albums at least.

Then late last year lead single Inhaler from the barnstorming third LP Holy Fire hit and things were never quite the same. Foals, lead by frontman Yannis Philippakis (above), hit the ground running.

Their first album, Antidotes, reached number three in the UK charts back in 2007, and was produced in New York with TV On The Radio’s Dave Sitek, although the band didn’t like his take on their sound and so decided to mix the record themselves.

They followed that up with Total Life Forever three years later, which was less funky and drew more on their math-rock influences and won them a Mercury Prize nom in the process. But with Holy Fire they’ve made the move from uppity indie folks to full-on rock gods.

As a calling card for the album, Inhaler roars out of the speakers like a distortion-savaged Jane’s Addiction, full of stomping riffs and talismanic attitude made for slaying the festival crowds – which it undoubtedly will this summer. Holy Fire more than lived up to this furious taster, too, hitting the top of the album charts Down Under earlier this year as well.

They’ve been touring the States since the start of the year but they’re back over here now with two shows in one day at Royal Albert Hall – an evening gig and a demand-driven matinee. Watch this space, the Foals are going to rule in 2013! 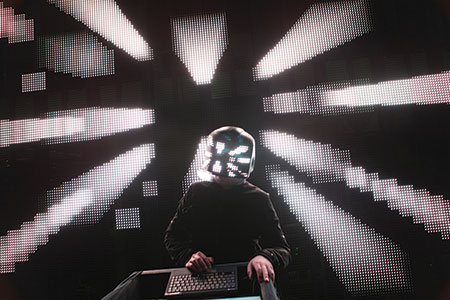 Squarepusher released his Ufabulum album last year to sterling critical praise – and rightly so. It’s an electronic music maelstrom of sounds, genres and attitudes that is impossible to ignore. He’s now taking it, and its accompanying A/V gee-whizzery on the road, to deliver what promises to be an absolute corker of a show.

The Gallic electronic music duo, who have a couple of albums under their belt – the last was I Love You Dude in 2011 – take on this headline DJ set at east London’s XOYO. Kolsch (live) and DFA Records’ Shit Robot line up in support, as well as a bunch of yet-to-be-announced special guests for the night.

Scot rockers the Biff, as they’re known to their fans, are making sure 2013 is the year they come of age. A number one album, Opposites, this headline show at The O2, and then a summer of festivals including closing out Reading and Leeds in August – they’re a band you need to get on board with. 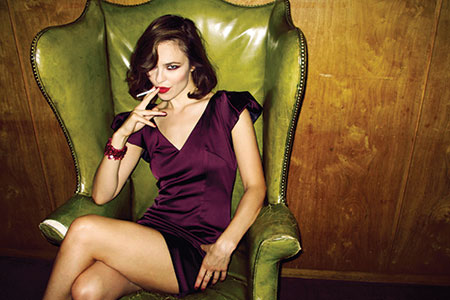 The Secretsundaze crew celebrate 12 years in the party business in 2013, and have a chock-full roster of events coming up. This Easter bash has Nina Kraviz (above), A Guy Called Gerald (live), Mike Huckaby, Anthony Naples, Citizen, Giles Smith, James Priestley, to name but a few. Get your party gear on!

A solo project from Dan Smith that quickly took on a group dynamic, south London’s indie-electronica Bastille released a debut, Bad Blood, earlier this year that went straight to the top of the charts. They’re now playing these two headline shows at the Empire to celebrate the fact they’ve scored instant awesomeness. 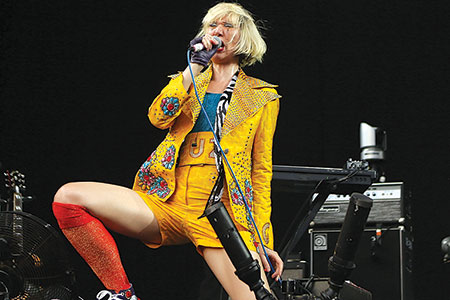 Festival watch: I’ll Be Your Mirror

All Tomorrow’s Parties put on their third IBYM fest at Ally Pally – a two-day party of left-field rock that’s going to be a belter. New York art-punks Yeah Yeah Yeahs (above) curate the bill and headline the Saturday night ahead of their forthcoming Mosquito LP, with support from Black Lips, The Field and more. Grizzly Bear take control of the line-up on Sunday, with Real Estate, The Walkmen and more in tow.

How a-mew-sing! Feline Titanic parody is the cat’s whiskers

Daniel and Ray in Brecon Beacon