Stylish and modern, its exposed brickwork and tiles paying tribute to New York’s Lower East Side watering holes,  The Rookery serves craft beers from around the world, with tasty gastro snacks to soak them up.

If you’re drinking with someone who’s not tempted by the range of beers, try the excellent cocktail list.

This pop-up bar, courtesy of the London Fields Brewery, deserves a mention not just because of the company’s excellent regular and seasonal beers, but also the host of quirky events taking place at the venue. 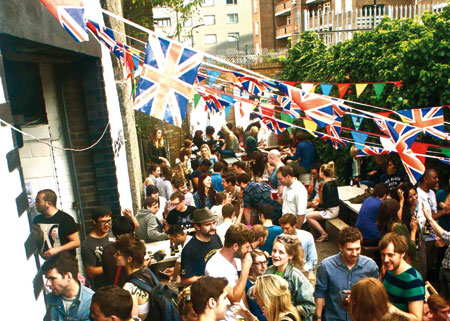 A wave of American-inspired food and drink joints are sweeping London, and Duke’s Brew and Que, with its mean line in BBQ ribs, is a great example. But the pub is primarily about the beer.

No mass-produced beers are allowed to darken the door of this establishment, which has a rotating choice of keg, cask and bottled, housed in an 1870s gatehouse. 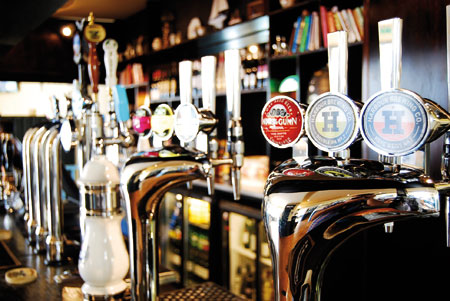 Colonial-themed and sporting potted plants, gilt mirrors and a conservatory, Powder Keg puts traditional British brewing at the centre of its beer list but isn’t shy of adventuring into lesser-known microbreweries.

The Utobeer crew opened this pub in 2006, on the site of an old greasy spoon, as another outlet for their mainly imported brews (they still have their original stand at Borough Market, too). 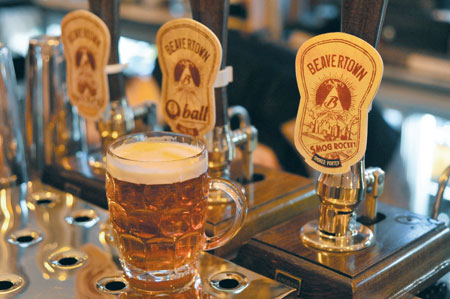 This classy, industrial chic boozer promises to stock a beer – be it bottled, cask or keg – to suit every taste. Local brewers are favoured. There’s also good pub grub and sporting events on big screens.

Soak up your craft beer or cask ale with an impressive selection of seasonal small-plate food.

If you can’t decide what to drink, order a taster flight and try six of the 12 brews on tap, choosing, if you’re brave, from the ‘Oddities’ section of the menu. The ground floor has a distinctly industrial vibe. Head down to the basement bar for some late-night drinking.

A mind-boggling selection of craft beer from all over the world awaits you in this friendly, unpretentious bar. Don’t lose your nerve at the dizzying array (16 cask ales, 300 bottled beers) – staff are primed to steer you to safety.

If you get really excited by the beer, join the pub’s Homebrew Club and learn to make your own. The Craft Beer Company’s new Brixton venue opens at the end of the month.

Friendly local The Jolly Butchers has an ever-changing selection of real ales from breweries all over Britain, with a special focus on small outfits from London and the South East.

As far as ale-loving patrons are concerned, this stylish but simple Stokie pub is a hidden gem that’s definitely worth exploring. 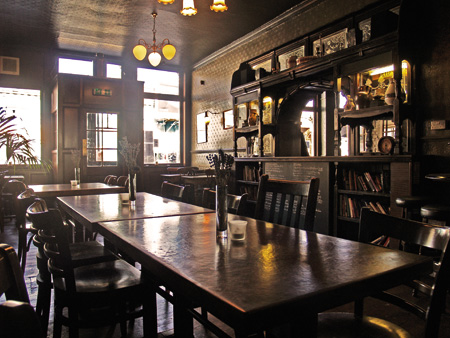 This newcomer on the block boasts 10 handpumps of real ale and cider, plus bottles and kegs from as nearby as Hackney and as far away as Mexico.

Vegetarians should stay at home on Thursdays, which is The North Pole’s Carnivore Club night, during which punters are encouraged to match their ale to steaks, burgers or ribs.

This pub is throwing itself into National Cask Ale week with an ‘ale sale’, dedicated brews, quizzes and talks.

You realise how recently the craft beer trend has swept London when informed that Cask, which opened in 2009, was one of the trailblazers. As such, Cask takes its amber nectar seriously.

Beers are imported from Europe, the US and beyond, but there’s a vast collection of small-batch, hand-crafted beers from the UK. Brewers are regularly invited to hold talks about their craft. 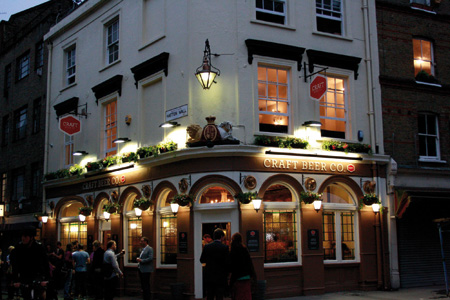 With nine real ales on constant rotation, this venue was also used as the ‘third-hand book emporium’ in Harry Potter And The Prisoner Of Azkaban. Early birds: it opens at 6am on weekdays.

This pub was once owned by Reggie and Ronnie Kray. These days, the one-time gangsters’ den is frequented by hipsters rather than hitmen, and serves an imaginative range of ales. The vibe is really welcoming, too. 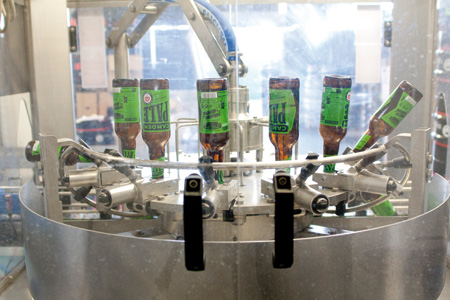 Serious ale-loving goes on in this Victorian pub which hosts regular beer festivals (the next one is the Old Ale Festival in November).

If you don’t like dogs or kids, this isn’t the one for you. There is an adults-only bar, but The Florence knows where the Herne Hill money is and has a kids’ play area and a ‘mum’s loyalty card’ scheme.

If, however, you’re down with yummy mummys, it’s
a beautiful bar, opposite Brockwell Park, and has the added kudos of brewing its own real ale on-site.

This former Victorian gin palace has been restored to its former glory, but these days the emphasis is on cask ale and gastro grub.

Since opening six years ago, The Bear has hosted no less than 500 real ales which come from small breweries across the UK.

If it takes more than an unusual beer to lure you out, The Bear’s entertainment programme may help: quizzes, swing dancing and art exhibitions are on offer.

Read more: Get on the ale trail when cask ale week rolls into town, Sept 28-Oct 7

Theatre Reviews: Motown the Musical and The Maids