On a Sunday afternoon, crowds teem along Commercial Road, pouring in and out of the Old Spitalfields Market. 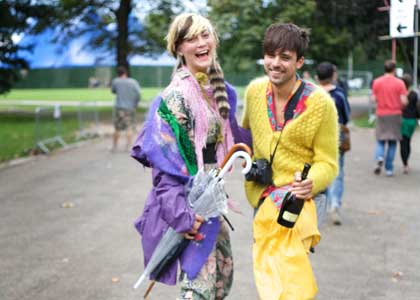 In the shadows of Christ Church, they mill out the front of trendy boutiques and sidewalk cafes.

Indeed, less than a block away, there is a nondescript service alley, dwarfed by a multiplex carpark alongside. Once upon a time, this alleyway was Dorset St – the worst street in London.

East London has historically attracted itinerant, immigrant labour; in the mid-1800s, though, the squalor of Spitalfields escalated when the silk weaving industry, upon which many of the area’s inhabitants depended, shut down and shipped out, impoverishing thousands.

Around the same time, the Irish potato famine struck, so thousands more washed up on East London’s docks.

Grinding poverty and intense over-crowding combined to drive a boom in common lodging houses; these doss houses, populated largely by the sick, the unemployed and the criminal, conferred upon Dorset Street its name – it may initially have been Dossett St – as well as its reputation as the most miserable, squalid place in the capital.

By 1870, Dorset St was comprised entirely of common lodgings; the streets ran thick with goods stolen off the docks and landlords soon realised they could make more money by housing prostitutes on-site. In turn, slum landlords needed to employ muscle to ensure punters paid up, so each house had its own crew of ex-army thugs, standover men, keeping guard out front.

Illegal bookmaking followed, along with underground boxing bouts and dog-fighting; all the nastiest, most vicious elements crammed in together. 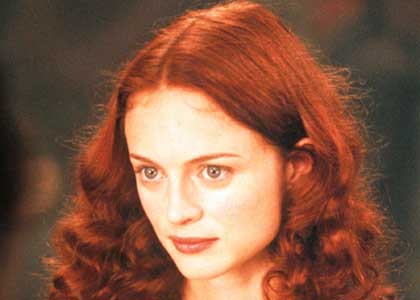 In 1888, this compact, crowded quarter-mile block became the setting for the world’s most infamous serial killer mystery; from this debauched, unforgiving square of soot and sex sprung Jack the Ripper.

Fiona Rule, author of The Worst Street In London, which chronicles Dorset St’s descent, is certain the area’s intense squalor predisposed the area to the Ripper murders.

“Prostitutes are the easiest people to target and these women were so poor that they had no real choice but to go out on the streets every night,” Rule says. “Deprived conditions do terrible things to people, don’t they? And it was every man for himself – I don’t think people had the emotional resources to worry about other people.”

Indeed, the Ten Bells pub, just over the road, was where Jack the Ripper is believed to have met his victims; it’s unclear how many murders were committed by the one unidentified killer – it’s generally agreed there were at least five, and possibly more. The Ripper’s last and most famous victim, Mary Jane Kelly (played by Heather Graham in the 2001 film From Hell) was found in her furnished room in Dorset St, chopped up and dismembered.

As Britain began to recover after the First World War, a plan was enacted to redvelop Spitalfields market and, in doing so, overhaul the identity of the area.

Once slum landlord Jack McCarthy, who had made a fortune from his empire of lodgings house, was persuaded to sell up, the demolition crews moved in and the doss houses – once inhabited by silk weavers and then filled with hookers, vagrants and thugs – were torn down.

Now, Dorset Street, an erstwhile epicentre of vice and violence, is an anonymous strip of asphalt.

“They got rid of Dorset Street eventually,”  Rule says. “Although the carpark they built alongside it has gained a reputation as one of the most crime-ridden carparks in London, which I think is quite apt.”

The area’s transformation did not occur overnight, though – indeed, Spitalfields remained an incubator for East End gangsters for many years to come.

“Even at the beginning of the 1980s, it was still prety grotty,” Rule says. “But it’s unrecognisable now – the way it’s been gentrified in the last 20 years it’s become a very desirable, very fashionable place to live. It’s come full circle.”

The Worst Street in London by Fiona Rule is available through Ian Allan Publishing, £8.99. 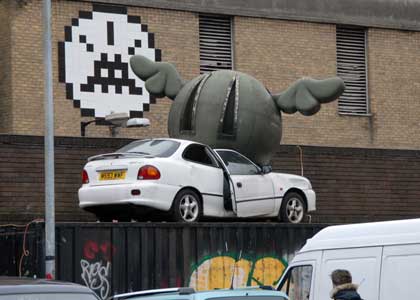 East London’s ability to re-invent itself makes it one of the capital’s most interesting, authentic patches.

It’s an area that has lived many lives – at various times a beacon for immigrants, a centre of industry and a heartland of organised crime, the east has since been re-shaped as an artsy, boho-chic postcode.

Disused warehouses have been renovated into galleries and artists’ lofts and the cold, grey streescapes serve as ideal canvasses for stencil art and installations.

East London Guides offer a broad sweep of the area, touching on the most important folklore.

And for the blood-and-guts enthusiasts, the Jack the Ripper walk is a must.

Tennis: Nadal not likely to be troubled by injury