Rumours suggest Legally Blonde star and queen of the West End Sheridan Smith will be taking on the titular role as the chardonnay-guzzling Ms Jones in this musical take on her (un)lucky in love antics. Stephen Daldry might be in line for directing duties for the show’s unveiling after taking charge of its London workshops at which Bertie Carvel (Sherlock) was Mr Darcy. Lily Allen, with regular collaborator Greg Kurstin, pens the show’s original music too in what is set to be one of the West End shows of the year.

One of the most important artists of his generation, Lucian Freud, who died last year, is the subject of this career-spanning collection which focuses on his portraiture. Featuring 100 works from private collections and museums, including Freud’s final, unfinished portrait of his close friend and assistant David Dawson. 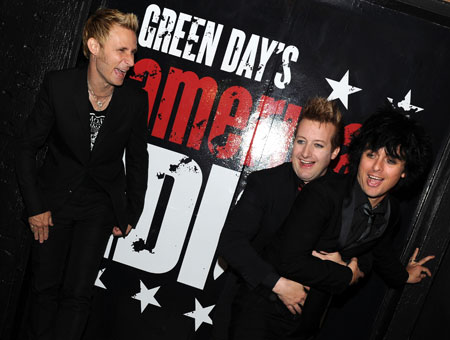 After a stunning run in the US in which the punk rock superstars’ show reaped plaudits from its hometown San Francisco unveiling to its Broadway run and subsequent cross-country tour, Green Day proved they were everything but American idiots. Their musical, about three childhood friends searching for meaning in a post 9/11 world, comes to the London stage for a trim five-day run featuring songs from the 2004 album, their 2006 Twenty First Century Breakdown follow-up and more.

A weekend of live music in conjunction with the Beeb and Olympics organisers Locog. This 2012 teaser includes the Colliers Wood Chorus in Wimbledon, the Choir With No Name at the Roundhouse and gospel troupe 20,000 Voices.

Camp with style, surrounded by London Zoo’s cornucopia of wildlife. This five-night-only event invites you to a torch-lit tour, conservation talks and dinner before you bed down in a safari-style tent.

Scrubs star Zach Braff treads the boards in this drama about a 35-year-old Long Islander enduring a mid-life crisis. Braff’s London stage debut, for which he penned the script, will be one of theatre-land’s biggest 2012 events.

A cult hero terrorising Hollywood for more than 30 years, David Lynch is the focus of this career retrospective, allowing fans to see the likes of Dune, Blue Velvet and Eraserhead on the big screen.

I’ll be your Mirror

The making of Harry Potter

The most profitable movie series in history, Harry Potter, may have finished its big screen run last year with Deathly Hallows Pt 2, but you can relive the magic with this Muggle-friendly tour. With access to the movie sets, such as Hogwarts’ Great Hall and Dumbledore’s office, costume displays, and a look at the work that went in to creating the FX, this tour gives Potter fans the chance to go behind the scenes of a modern-day bona fide cinematic institution.

He challenged our perceptions of art with provocative pieces such as the diamond-encrusted skull, the bisected cow and calf, and the controversial shark suspended in formaldehyde, which sold for a princely £6.5million, mind. Now all of his hot-button creations come under one roof in this first major UK retrospective. The show includes 70 of the artist’s iconic sculptures. 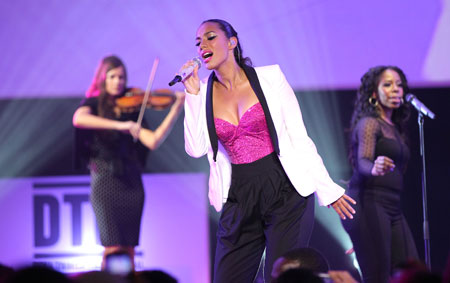 This is the London arm of the Cultural Olympiad, billed as the most ambitious cultural event the country has ever seen. Brace for an enthrallingly eclectic offering of more than 1000 performances and events involving dance, music, theatre, fashion, food, art and film, featuring artists from across the world. The highlight is the free Radio 1 Hackney Weekend 2012, with Leona Lewis, Tinie Tempah and Florence & The Machine on the bill. Also look out for the London premiere of Blur frontman, Damon Albarn’s opera, Dr Dee at the London Coliseum.

Europe’s largest arts centre is celebrating a milestone year with an unmissable programme, toplined by Cate Blanchett, with a gutsy performance in the German masterpiece Gross und Klein, and Chocolat actress Juliette Binoche, who makes a turn in the French language piece Mademoiselle Julie. Also look out for the largest Bauhaus exhibition the UK has seen in 40 years.

This inagural festival, launched last year by nu-folk club night/record label, Communion (co-owned by Mumford & Sons’ Ben Lovett) was a resounding success. This year’s line-up is TBC, but it’s already shaping up to be cracking. 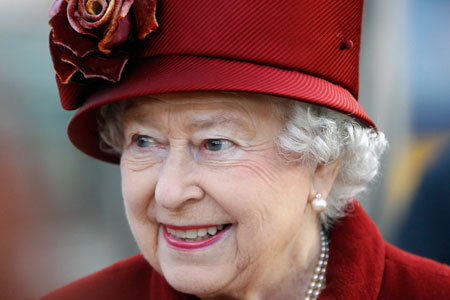 A colourful Thames flotilla, festival at Battersea Park, and an unprecedented display of her personal jewels at Buck Palace are just some of the events recognising 60 years since Her Maj took the throne.

The Royal Shakespeare Company spearheads a major celebration of the famous bard, with numerous performances, the highlight being a run of every single one of his plays presented in different languages at Shakespeare’s Globe.

She’s as famous for her art as she is for her widowhood, and in this major exhibition we find out why. It features her ongoing project ‘SMILE’, a collage of happy portraits from people over the world. Take part.

Comic geeks will have a rare opportunity to see the Marvel founder, Stan Lee, in the flesh at this two-day event. The creator of some of the most enduring comic book characters ever, including Spider Man, Incredible Hulk, The Avengers and Fantastic Four, will be attending his first comic convention in the UK for nearly 40 years, so take your cameras and your autograph books. He will be joined by an impressive line-up of comic book creators from all over the world.

The Complete Guide to Everything

New Yorkers Tom Reynolds and Tim Daniels bring their iTunes chart-topping podcast – self-billed as Wikipedia’s fiercest competitor – to the stage. The men pursue their quest to explore every conceivable topic, from dating to psychiatric drugs, and even address the burning issues of their audience. This is exciting stuff.

Snooker: White and Doherty out in qualifiers