It shone brightly while the rest of the city was plunged into darkness, as business and homes turned out the lights as part of ‘Lights Out’.

And it was a poignant way to remember the outbreak of the Great War, with millions across the capital and country switching off their lights between 10pm and 11pm BST and reflecting on the sacrifices made by candle light. 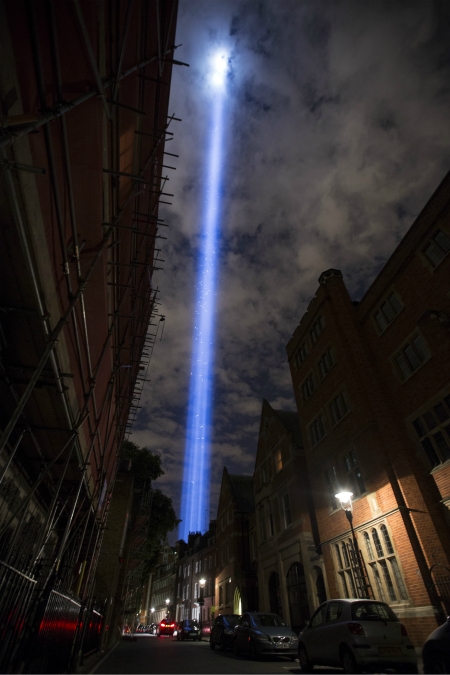 Familiar landmarks like Buck House and the Houses of Parliament (below) went dark. At Piccadilly Circus, the lights of the advertising boards were replaced with pictures of poppies and black and white photos of scenes from the war, along with the message: “Westminster remembers”.

As all the candles were snuffed out at a special service at Westminster Abbey, so too was the flickering lamp at the Tomb of the Unknown Warrior – it was put out at the exact hour war was declared. 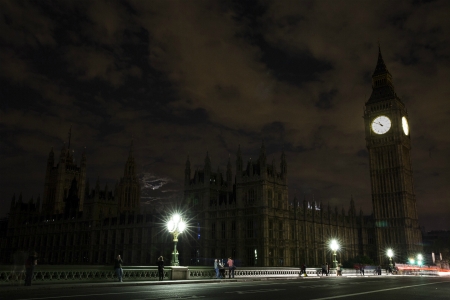 The lone beam – called ‘Spectra’ and designed by Japanese artist Ryoji Ikeda – will appear at night over the next seven days.

PICTURES: Tower of London moat filled with poppies to remember those who fought in WWI