Parkour, roller derby, BMX and longboarding are all thriving in London. Meet four locals at the heart of identity-defining urban sports scenes who turn the city into a playground. London’s streets are not just concrete.

Slamming round a track on roller skates, all tongue-in-cheek aggression, fishnets and uber-skimpy shorts, the London Rockin’ Rollers are gnarly but magnificent.

“I get a lot of satisfaction from knocking people to the floor,” says team member The Mighty Bash. She’s laughing but don’t be fooled: hot outfits or not, this is a contact sport and the girls mean business.

Roller derby was born in America, gained momentum in Australia and New Zealand, and is now taking off in the UK. The basic premise is for one team member, the “jammer”, to lap the other team, dodging its “blockers”.

“A lot of people want to join because of the names and the outfits and are surprised when they find out that we train three time a week,” Bash says.

Ah, yes, the names. Who wouldn’t want a moniker like Bash or her teammates’ Gain A Fracture, Whippit and Ghengis Carnage?

Bash says she’s so used to hanging out with her roller derby friends, she gets quite stumped trying to remember their “real” names when introducing them to the uninitiated.

There’s massive camaraderie among players, and this year the London Rockin’ Rollers are playing a bout every month which means a lot of training, probably a few bruises and some serious after-parties.

“I love that it connects such different people: we have nurses, nannies and tattooists on the team. It’s a good way to escape a boring job, or if you have to be nice all day, you can let out some of that other energy!” says Bash. 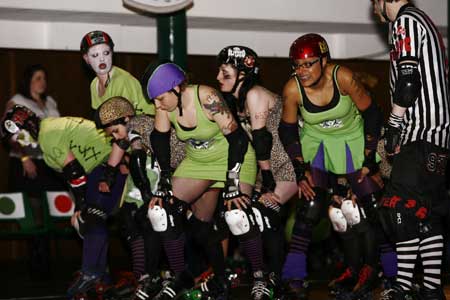 London’s stairs, walkways, walls and railings are, for most of us, an irrelevant backdrop. Not so for traceurs, the practitioners of parkour, through whose eyes the urban clutter is transformed into a series of personal challenges. “Parkour is a method of physical and mental training to find your limits and surpass them – using the terrain around you,” says Dan Edwardes, director of Parkour Generations.“

Most places the public would never know about, as they’re often on grimy estates but with parkour you see everything with different aesthetics.”

Traceurs climb, jump and vault over obstacles as they navigate a direct line across whatever stands in their way. It’s amazing to watch but does not look easy.

“Actually the things people think are dangerous, like jumps across high buildings, tend not to be,” Edwardes says. “It’s much harder and more dangerous to do a jump and land on slippery metal railings at ground level.”

Since he started parkour nine years ago, Edwardes has seen an explosion of the sport. Whereas it was once self-taught on the streets of France, you can now take a class.

“When I started out, we would get disapproving looks,” says Edwardes. “People wondered if we were criminals! But in London now most people know what parkour is so they stop and watch.”

However you learn, you’ll have to overcome your “conditioned” nervousness. “Your realise that fear is in control of your body but that you can overcome it.”

Classes from £6 at locations all over London. parkourgenerations.com 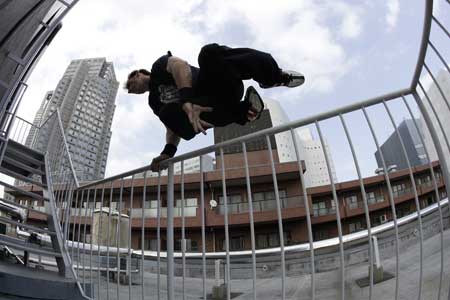 You’re of the generation that grew up in the 80s, BMX will be as much a part of your childhood memories as Thundercats, Wham and Sherbert Dips. But it’s a sport that’s still recruiting new aficionados and there’s a thriving scene of BMX riders in London.

“I’ve been into it since I was a kid, but BMX is constantly evolving and gathering momentum,” said John Dye of Volt BMX in Stoke Newington, the first bike shop of its kind to open in London.

Dye has been at the heart of London’s BMX scene for years and his Bicycle Union brand sponsors some of the sports big names. So where are the best places to ride in the capital?

“People who ride street look for places with steps, handrails or flat ledges,” says Dye. “The City has some good spots.

“Then there are lots of bowls and skate parks: in Brixton, Camden, Clissold Park, Finsbury Park.”

The level of skill and sheer daring required for BMX is pretty spectacular and the fact that it’s been an Olympic sport since 2008 is testament to this.

But it’s not without dangers.

“Injuries come with the territory,” Dye agrees. “I’ve only broken a few bones but people have ended up in a coma or wheelchair.”

But excitement and danger are what give BMX its cult status.

“It feels good being out with your friends doing something that you sort of find scary, but do anyway.” 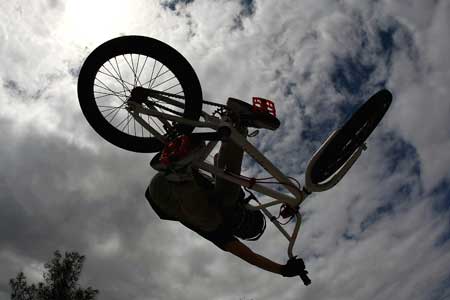 Like skateboarding but cooler and faster, longboarding is sweeping down the streets of London, at speeds that would make mere mortals brick their pants.

Where skateboarders love tricks, longboarders love momentum. Reaching speeds of 40 or 50mph, the longboard is designed for swoops and curves familiar to snowboarders and the skill is in learning to navigate corners.

In London, the longboarding scene is gathering pace and the streets of the capital easily become a skate park.

Gavyn McKenzie of London’s Longboarding Sessions group says: “We do go down roads but try to pick quiet ones! You can brake as fast as on a bike.

“Parks are best in London though as there’s no traffic. There’s a good technical slalom in Hyde Park, Crystal Palace is perfect for cruising and Richmond for downhill.”

Longboarders meet at weekends for impromptu skating sessions around London, but it’s the summer when things really kick off.

“We head to Europe and there will be a freeride every weekend,” McKenzie says. “A hill gets closed off and hundreds of people get together to ride all day and drink around campfire in the evening.” Sold.

Find out here where London longboarders meet next. longboard-sessions.co.uk 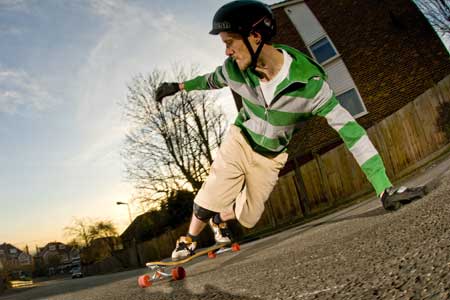 Find out what extreme sports are happening near you at youspots.com

Bobby Brown ‘worried’ about his and Whitney’s daughter

London 2012: What is a keirin? Olympic cycling explained