Somehow, week after week, London finds ways to get off its arse and exercise. For some it’s not a chore and maybe that’s because they’re playing underwater hockey or slamming round a track on rollersakes.

It has to be said, this idea is genius. A workout for your brain and bod should be a staple of every gym.

Chess boxing was born in a Greenwich boxing club in 1977. It involves intense bouts of boxing, followed by interludes in which opponents try to “checkmate” each other.

In 2008, Tim Woolgar started the London Chess Boxing Club and has seen the sport take off. “We’ve gone from putting on events for 100 friends to filling venues like the Scala with 1000 people,” he says. 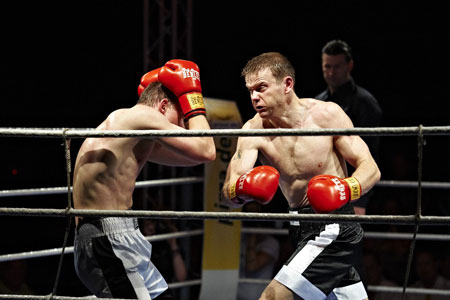 So who is this crew of sweaty brainboxes? “People from all walks of life chess box,” Woolgar says. “You just need to be open to trying new things.” He denies you have to be clever to play chess, adding: “Like boxing, it’s a sport. You won’t be good without practice.”

The best thing about this one is it’s also a great spectator sport, if you’re lazy.

A hybrid of football, rugby and basketball, this sport has been played since the early 1900s, but it lost support after the advent
of professional rugby in the 1990s.

Liam Walker, from London, who in the past played rugby for Harlequins, says he would take netrugby over normal rugby any day. “It’s more about skill and less about brute force,” he adds.

Spatial awareness and athleticism are crucial. If you’ve got those, get in touch. The next season begins in May.

Feisty girls, cool outfits, rollerskates and the risk of some mega bruises make this sport the ultimate antithesis to the treadmill.
London Rockin’ Rollers team member The Mighty Mighty Bash (all the girls get a funky nickname), trains four times a week and says it’s the community she loves: “Every time I go away I look up the roller derby team.” 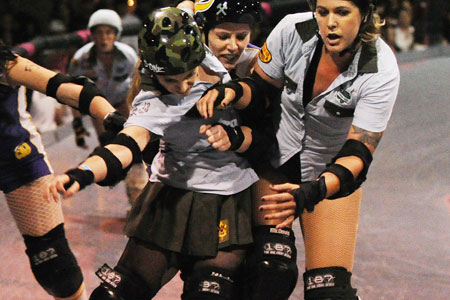 The sport is fast and, sometimes, furious. Bash admits her favourite move is the “body check” in which a skater from the rival team is knocked to the ground. “I get a lot of satisfaction from seeing people on the floor!” she says. Only the brave.

This is a cross between ice-hockey and water polo, with the added challenge of being at the bottom of a pool. “It’s a game in 3D,” says Octopush aficionado Tim Ing-Simmons. “You have to be ready for people attacking you from below as well as the side and back.” 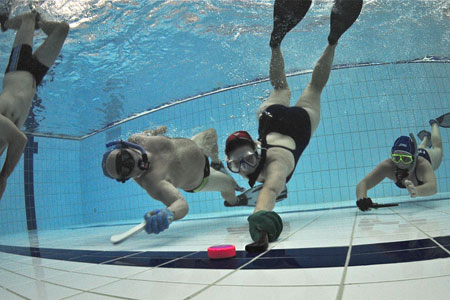 What the game does, though, is foster teamwork skills. “Timing’s everything,” Ing-Simmons, from London, adds.

Octopush attracts an equal mix of men and women and players in London range in age from 13 to mid-60s.

The best films to watch with a hangover

London is not every expat’s cup of tea…