Start in the capital, Valletta, a walled city founded by the Knights of St John, a military order that ruled Malta from 1530 to 1798. Take a trip on the water to see the magnificent city, or head to Upper Barrakka Gardens for a panoramic view.

On Gozo, wander around the capital, Victoria, and enjoy the view from its imposing Citadel. Take a boat trip from Dwejra to the towering arch of the Azure Window. And check out the Ggantija Temples – dating back to 3500BC, these are among the world’s oldest structures.

This is also the place to get outdoors. Cycle the coastal paths, take the plunge and go scuba-diving, or explore the numerous options for rock climbing. 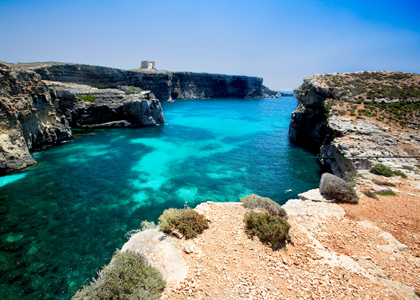 What to eat in Malta

Thanks to centuries of invasion, the country’s cuisine is varied, yet bursting with Mediterranean flavour. Head to Valletta Waterfront for the best eateries. Try rabbit stew or bragioli – spicy beef rolls – for the complete Malta experience.

Get the camera out

For a taste of medieval Malta head to Mdina. The silent, dusty alleyways with their decorative doorknobs and covered balconies have barely changed since the Knights of St John made the city their capital. 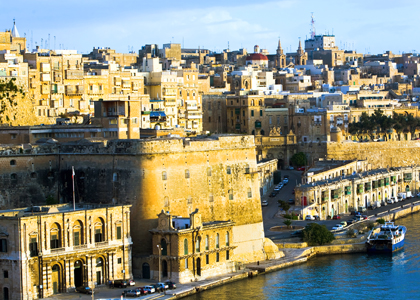 While away the evening drinking the local Marsovin wine, which is pretty cheap and very drinkable.

A bit of history

Over the past 2000 years, Malta has been colonised by the Greeks, Romans, Byzantines, Arabs, Spanish, French and British. It gained independence in 1964, but evidence of its conquered past remains, from the similarities between the national language, Malti, and Arabic, to the status of English as an official language.

Malta in the movies

Malta has provided a backdrop for many movies, including Troy, Alexander, Gladiator and The Da Vinci Code.

Travel blogger Toni White of Reclaiming My Future – ‘Solo travel: The good, the bad and the bumping uglies.’