It has been a eventful off-season for Manly, the reigning NRL premiers. The champagne opened after their grand final win over the New Zealand Warriors had barely gone flat before the Sea Eagles’ coach, Des Hasler, announced his decision to join cross-town rivals Canterbury in 2013. Hasler’s plan to carry on coaching the Sea Eagles in 2012 was scuttled dramatically when the club’s board found he had been enticing support staff to join him at the Bulldogs; Hasler was sacked, sensationally, less than two months after winning his second premiership as coach of the Sydney club. 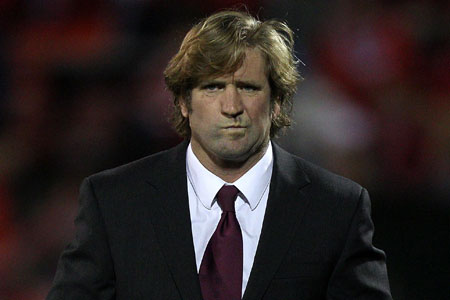 Des Hasler: gone, but not forgotten

The upheaval has since emboldened some commentators to dismiss Manly’s chances of going back-to-back this season but, on the eve of the World Club Challenge – in which they will face Leeds, the Super League champions – co-captain Jason King (main image) insists the Sea Eagles are ready to prove their critics wrong once again.

“As a group, we’re put in another situation, people have given us no chance of winning at all,” King says. “It’s a fresh challenge for us experienced guys, a new target and another little piece of motivation.”

The timing of the World Club Challenge has, historically, favoured English clubs – their season is already up and running, while the Australian sides are still in pre-season mode, fine-tuning and ironing out the creases in their games. And the icy temperatures in northern England, this coming weekend in particular, invariably shatter the comfort zones of Australian players accustomed to training in high summer. That said, the Australian clubs have won the past three installments – St George Illawarra and Melbourne victorious in the past two years and Manly edging Leeds in 2009.

“Europe’s had a bit of a cold snap so you might see me in the full Skins,” King says of the wintry conditions.

“It’s an important match – we want to play really well. It’s different circumstances to a usual pre-season trial but it’s a good way to start the year – we want to put some things we’ve been practicing into our game. It’s a special game and it’s fantastic to be a part of it. My motivation is to play well for my teammates and get the win for the fans – I’m not really thinking about it on an individual level, other than to get out there and have a really good crack at it and do my best for the club.” 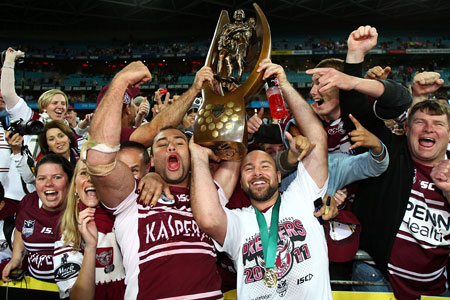 Of the players named in the Sea Eagles’ full-strength squad for Friday’s match in Leeds, King possibly has a little extra to play for, after he was forced to watch his teammates win last year’s premiership from the sidelines, a torn pectoral ending his season just weeks before the finals. But the disappointment that detracted from his celebrations following Manly’s 24-10 win over the Warriors in last year’s decider has stoked his determination to win the cross-country hit-out that is the NRL premiers’ reward.

“I’m feeling good – I’ve done plenty of rehab and had plenty of time to recover,” the prop says. “It was tough missing the back end of last season but to draw some positives from it, it’s probably helped me get ready for 2012.

“It was very disappointing to miss the finals but it comes with the territory. You’ve got to get used to it pretty quickly and make sure it doesn’t rub off on your teammates so I had to stay as positive as I could.”

A win in Leeds would go a long way to proving that, despite the disruption of the off-season, the Sea Eagles remain formidable opposition and are still one of the teams to beat going into the new NRL season. Indeed, for all the off-field changes, the Sea Eagles’ roster is mostly unchanged from the group that last year finished the regular season in second place before grinding their way irresistibly to glory. It is that stable personnel, that, in difficult times, has steadied the ship.

“The senior players have taken a lot of responsibility over the years and that’s one of the strengths of the club,” King says.

“We are brutally honest with each other and that can sometimes be difficult. Having a new coach, everyone’s 100 per cent behind him and the senior players are ready to do whatever we can.”

That new coach, of course, is Geoff Toovey, a club legend and premiership captain. Toovey played alongside Hasler at Manly and, just as he displaced him as the Sea Eagles’ starting halfback in the mid-Nineties, has again been called on to fill Hasler’s shoes, this time as head coach, having worked underneath him since 2004. 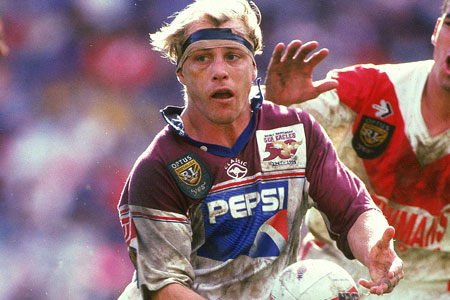 Undoubtedly, the acrimony of Hasler’s departure created less than ideal conditions for Toovey’s unplanned ascension to the top job but Toovey – a captain of legendary toughness, who won the Clive Churchill medal in 1996 after playing the grand final with a fractured eye socket – is unlikely to dwell on the past. Rather, this week’s showdown with Leeds represents his first opportunity
to make his own mark, to put his stamp on what is now his side, not Hasler’s.

“It’s important to the players and to the club, to show we’re the best side in both competitions,” Toovey says. “It’s a very experienced side, a very knowledgeable side. The combinations are already there so that makes it much easier.

“I think we’ll get a lot out of it. The players deserve to be there and I think they’ll play that way. We plan on winning it and coming back with some confidence and hitting the ground running.”

The Sea Eagles have long been a side other supporters love to hate, whose obituaries have sometimes been drafted prematurely by too-keen critics. But, although Hasler’s explosive sacking at the end of last year has provided fresh grist for the mill, in the inner sanctum, those ructions merely present another opportunity to wrong-foot the critics and pop the champagne afresh on the last weekend in September.

One eye on the Dogs: Kite ready to fly

Injury meant Brent Kite missed out on Manly’s trip to the northern hemisphere in 2009 but he reckons he knows what to expect from the UK winter nonetheless. 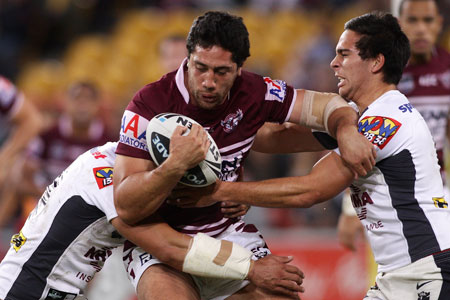 Brent Kite is ready to rumble in 2012

“I come from Canberra so I’m sort of used to the cold,” he says. “But I think this could be a whole new kettle of fish. This wet summer has been good, too – lots of heavy tracks and slippery balls.”

Beyond the World Club Challenge, Kite admits to having had a sneaky look at the fixture to see when the Sea Eagles will come up against the Bulldogs, Hasler’s new club.

“We can’t get caught up with it too much – just another game and all that jazz,” he insists, before conceding there may be a touch more spice in the round eight clash. “The senior players, the guys still here, we want to show that we’re a big part of the success we’ve had in recent years. So maybe there is a bit extra.”

Rape Seed fields out in blossom

Slaves kept in dog kennels and horse boxes for 15 years