court heard, as the trial of the singer’s personal doctor, Conrad Murray,

As Jackson lay dying on the bed, his daughter Paris, 13, was

on the floor outside his room, sobbing uncontrollably. Her brother Prince, 14,

stood in shock beside her.

chief, who told of the traumatic scene as Paris and Prince witnessed

"Paris was on the ground, balled-up, crying. Prince was

just standing there. He just had a real shocked, slowly-crying type of look on

Doctor Murray is accused of involuntary manslaughter, for

prescribing Jackson with an overdose of propofol to help him sleep.

The security guard continued that Murray appear nervous and

sweaty, at one point dashing out of the room to ask if anyone knew CPR. 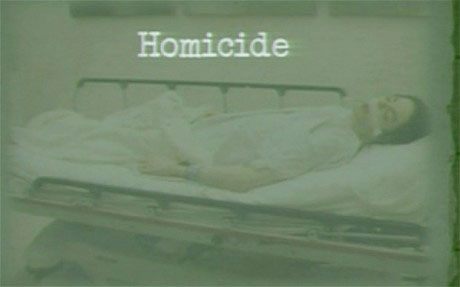 children were taken away from the scene by their nanny. When asked if the

singer already looked dead when Paris and Prince were present, he replies: “Yes”.

"He said, 'Get here right away. Mr. Jackson had a bad reaction.' He

said, 'Get someone up here right away,'" Williams told the jury.

He followed in a car with Prince, Paris and third child Blanket, nine.

escorted them one by one into the hospital.

"We were still following

procedure. Mr Jackson wanted them shielded in public," he said.

to have broken down in tears.

public to know about.

The doctor denies involuntary manslaughter, claiming that the singer, 50, self-administered

the overdose of Propofol.