The Monkey Run took place for the first time this April and involved fourteen brave and stupid guinea pigs being led blindfolded into the Sahara Desert, and told they had to get to a destination on the Atlantic Coast, 1000km away, six days later. 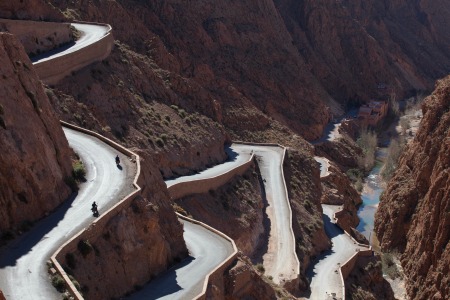 The only glitch, they had to travel the 1000 unknown kilometres on a Monkey Bike. For those who aren’t familiar with the 49cc Monkey Bike, the organisers sum it up as follows…

“If a gigantic all-terrain dual-sport bike is a way of announcing to the world that you’ve got a tiny willy, a Monkey Bike serves to remind folk that you’re hung like a donkey.”

That’s to say that a Monkey Bike is very small, standing not much taller than knee height. It’s totally inappropriate for riding across a dessert and almost guaranteed to break down every few miles.

For all their short comings, the riders on the pioneer Monkey Run agreed they wouldn’t have wanted to ride it on any other bike. Not only were they able to fit through tiny gaps in traffic, there wasn’t far to fall when they came off, but the bikes were light enough to carry when they inevitably broke down and so mechanically basic that a roll of gaffer tape went further than you’d think. 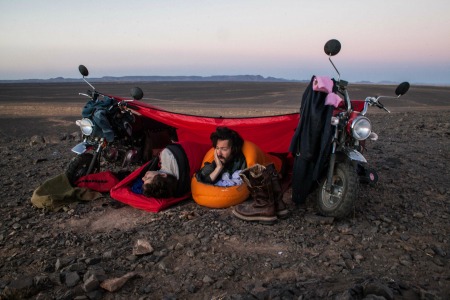 Most importantly though the bikes were a whole lot of fun. Being so low to the ground meant travelling at 20mph felt like racing at ten times that speed, and they were unwavering in their ability to bring a smile to the faces of all around, whether the riders themselves or those rolling around on the floor laughing as grown men went past on bikes fit for children.

It wasn’t just about the bikes, riders had to deal with no set route to their destination, the Atlas Mountains were in the way and getting lost and staying with strangers was encouraged. 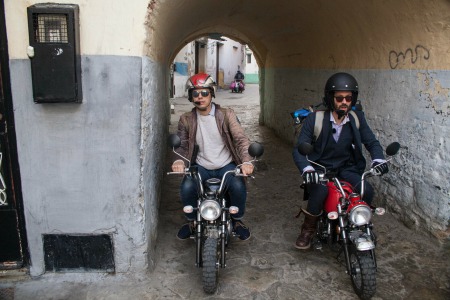 It was this being thrown in at the deep end that made the trip so memorable for most. As riders struggled with their bikes across the Sahara, looking like something out of Mad Max, they were blown away by the vastness and beauty of the desert landscape, nights spent sleeping under the stars in the Atlas Mountains without a tent, sweeping roads were swapped for pot holed tracks and river crossings, bizarre wildlife and new friends, especially local mechanics, made.

After the huge success of the pioneer edition of the Monkey Run, organisers plan to run the event bi-annually in Morocco (already having sold out for the next Run) and are also exploring the possibility of running a third event somewhere else in the world.

For more details or to sign up for a future Monkey Run visit www.theadventurists.com