Mosley bailed after the sixth round citing the extraordinarily un-Rocky condition of back spasms after looking second best and every one of his 42 years throughout.

Mundine looked in top nick having dropped a quarter of his rugby league days self to make the weight and although he was rocked by a strong overhand right, was rarely in trouble and well ahead on the card.

Future Hall of Famer Mosley walked away from the first attempt to stage this fight when he wasn’t paid up front, flying back to the US on the eve of the fight. But when Mundine’s camp got their finances in order and paid up front, the former champion was on the next plane out.

The crowd greeted both fighters with their share of cheers and boos, but the result might as well have been Stuart Broad with his middle finger raised.

After his TKO win was confirmed, Mundine defended Mosley. 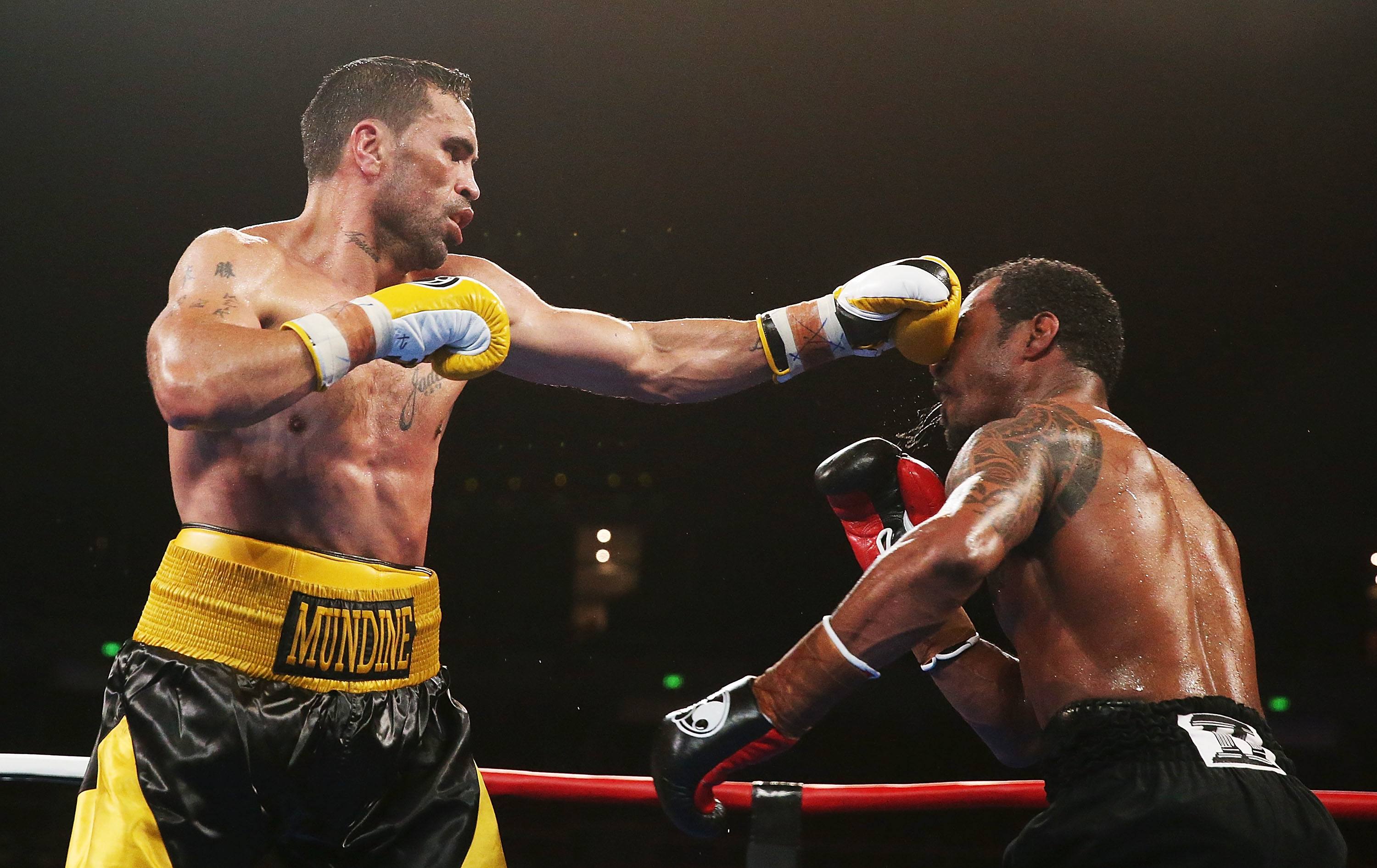 “I know he’s a warrior, he’s one of the best fighters who ever lived. He’s not going to punk out for something stupid,” Mundine said.

“He just beat the Mexican guy, (Pablo Cesar) Cano, and they had big dreams for him. Before that, (he fought Saul) Alvarez.”

Now Mundine says he wants to “fight the big fish”. but a win over an ailing Mosley wasn’t the best advertisement of his talent as time runs down on his career.

“There will be interest with me beating Shane,” Mundine says to the contrary. “He’s one of the top five pound for pound fighters of the last century. It was hard trying to put it on him, but I was in a killer mode.”

Having now lost four of his past six fights, with a win over Cano and draw against Sergio Mora, Mosley is considering his future after being lured by $1m up front to get into the ring this time around.

“I’ll go home and check out the tape and make my decision [about my career] when I get home,” he said.

Earlier, Mundine’s friend Blake Ferguson, the troubled rugby league player, made his boxing debut following in the footsteps of Sonny Bill Williams and Quade Cooper with the exception of one thing – he wasn’t any good.

The best of Jamaica