Munich: more than Oktoberfest and beer

Munich, the heart of Bavaria, and home to everything stereotypically ‘German’ (think lederhosen, oompah bands and Oktoberfest), is a great place for a taste of traditional Germany.

Munich Oktoberfest is a 15-day festival, where about 5 million litres of beer are consumed. Munich just isn’t the same if you don’t see it through the beer goggles of an Oktoberfest stein.

But if you can’t make it to the festival, Munich’s beer halls and gardens are the next best thing. The Hofbräuhaus  is the most famous, and as a result it’s crawling with tourists, but it’s worth a visit.

Bavarian beer is among the best in the world. It’s best quaffed by the stein in one of Oktoberfest’s raucous beer halls, brought to you by beer wenches with superhuman strength (these maidens can carry six at a time).

Not a big drinker? Then soak up some of Munich’s culture. The city has dozens of museums, with most of the main ones around the Altstadt (old town). The museums within the Residenz Palace and the Königsplatz museums are good places to start for arts and antiquities, while revheads shouldn’t miss the BMW Museum.

Also worth a look is the Deutsches Museum, reputedly the largest science and technology museum in  the world. At the heart of the Altstadt is the grand square of Marienplatz, where you’ll find the pubs of the Platzl quarter and the bars of the Gärtnerplatz. 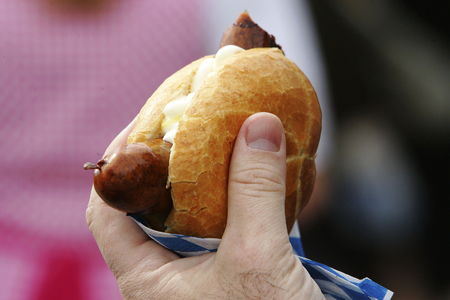 If you’re on a diet, it’s best to avoid Munich. The combination of sausage (wurst), pork, potato and sauerkraut is hard to resist. There are plenty of culinary options in the city, but the beerhouses serve up great meals. One of the local specialities is weisswurst, which is made of minced veal and bacon.

About 40 minutes away is Dachau concentration camp. While many of the original buildings were destroyed, this unique memorial reveals the horrors of Hitler’s regime.

It might not be on the coast  but it’s still possible to surf in Munich – on the stream at the south end of Englischer Garten. A wave is caused by submerged rocks, and you’ll find surfers there most days.

WHEN TO GO: Spring and autumn are best. Oktoberfest 2010 is  Sep 18-Oct 4.
GETTING THERE: Budget airlines fly direct to Munich.
VISAS: South Africans need a Schengen visa.
CURRENCY: Euro. 1 GBP = 1.17 EUR.
LANGUAGE: German.
GETTING AROUND: Munich has public transport. Buses leave Hauptbahnhof Central Station every  20 minutes for Dachau concentration camp.
GOING OUT: A beer costs about €3, but prices go  up during Oktoberfest.
ACCOMMODATION: Dorm beds start at €25. Hotel rooms are from €60 for  a double.
GET MORE INFO AT: muenchen.de 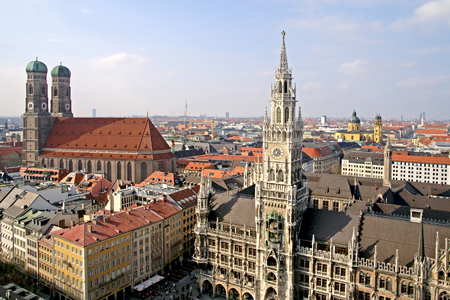 Meeting the Dead in Port Arthur

All You Need to Know about Business Travel Expenses