Music Awards 2010: Thrills and spills from the last 12 months

Biggest ‘What The Fuck?’ Moment Award
Winner: Die Antwoord
They looked like escapees from the trashiest trailer park ever, they sang equally trashy songs in their native Afrikaans (Sample lyrics: “Jou Ma Se poes in n Fish paste Jar” or in English: “Your mother’s fangita in a fishpaste jar”.) Even so, Die Antwoord’s highly original “zef-rap” became the toast of tastemakers. Still the bewilderment with which they were met at L.E.D Festival earlier this year, and their failure to light up the Brit charts with their debut album $O$ suggests they’ve got a few more hearts and minds to win over.

‘Most Obnoxious Teen Attitude From A Non-Teenager’ Award
Winner: Ke$ha
Who says manners will get you everywhere? Sex-photo fiend Ke$ha sings about pissing in the champers at a party on her debut album Animal and was openly proud of vomiting through Paris Hilton’s closet. Despite the unpleasant imagery, or maybe because of it, the 23-year-old’s album was a real grower. Songs like Backstabber, Blah Blah Blah and Dinosaur (about dirty old men preying on young girls) were all gems. And it shat all over the Kings of Leon’s new album, that’s for sure. 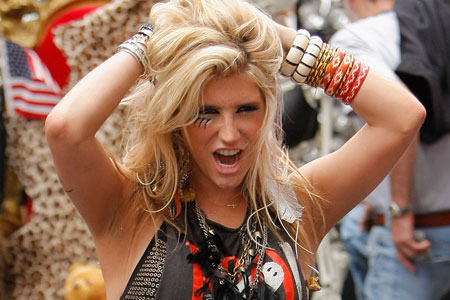 The ‘Wish You Well’ Award
Winner: Powderfinger
After a 21-year career, 2.5 million album sales in Oz alone, a cabinet of Arias and an endless stream of nostalgia-inducing hits such as My Happiness and Passenger, Australia’s best-loved rock outfit decided to call it a day. Given that lead singer Bernard Fanning already has a solo career under his belt, we doubt this is the last we’ll be hearing from them, as individuals at least. But whatever they end up doing, as their own song goes, we wish ‘em well.

Indie Cred Award
Winner: The XX
Yay, finally, this year the band who deserved to win the Mercury Music Prize actually did win the The Mercury Music Prize. The XX’s woozy, dark, enigmatic, self-titled debut album beguiled everyone who heard it, and even though their song Crystalised got flogged on every TV promo going, we never got sick of it.

‘They Came From Nowhere’ Award
Winner: Magnetic Man
One minute we were awash with sassy gal singers like Ellie Goulding and Marina And The Diamonds and the next minute dubstep arrives and sweeps all before it. Yep, we’re talking about Magnetic Man’s arrival in the UK top ten with their storming I Need Air. Made up of dubstep producer/DJs Artwork, Benga and Skream, the trio signed a major-label deal with Columbia, which released a self-titled album in 2010 effectively taking the largely underground genre to the mainstream.

‘Quest For World Domination’ Award
Winner: Pendulum
We’ve watched them grow from fresh-off-the-boat drum ’n’ bass neophytes to UK chart-dominating dance rock behemoths, and Pendulum don’t show any signs of slowing down just yet. The band who originated in sunny Perth but now glower out of promo pics as if they won’t be happy until they have the whole music listening world under their thumb have a support slot lined up with Linkin Park next year. Which is funny cos we could have sworn they said something mildly uncharitable about ol’ LP on these very pages earlier this year, but them’s the compromises you gotta make for mainstream success.

The ‘Hell Freezes Over We Never Thought We’d See Them Back Together Again’ Award
Winner: Take That
We thought Robbie Williams’ loathing for his ex-bandmates knew no bounds. But it’s amazing what the promise of £50 million record deal/tour can achieve, especially when your own career is languishing in the doldrums, eh Robbie? So he’s back, maybe for good, to relight their fire (sorry) and we get to experience Take That mania a second time around. Only this time it ain’t screaming teenage girls, it’s screaming middle-aged women. Scary. Now if only Morrissey and Johnny Marr could patch things up.

Reinvention Award
Winner: Mark Ronson
Souped up with Dap-Kings horns, Ronson’s debut Version, channelled a distinctly soul/funk vibe and was one of the surprise hits of 2007. But we’re mighty pleased that for his second album Mr Uber-Producer didn’t choose to rest on his considerable laurels but reinvented himself as Mark Ronson and the Business Intl with a fresh 80’ sound which showcased such singular talents as that of MNDR on single Bang Bang Bang. 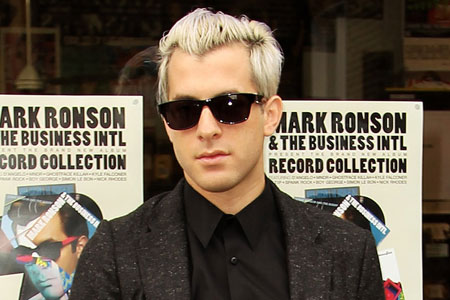 Top four ways to turn work into an adventure

Refuelling in Canary Wharf. It’s not a crime.