Music for your mood

This week, Stacee looks at two talented acts that do not want to be pigeon holed.

Juliet Russell: Tuesday 26 May, Heath Street Baptist Church
Those of us in the know, have been well aware of the impact Juliet has had on the London music scene and beyond.  She has spent many years training and developing singer/songwriters within music schools and more recently as a vocal coach in the Voice.  But this has not stopped her singing on stages like those at Glastonbury and the Royal Opera house.  She has performed and with Paloma Faith, MIA and Yoko Ono.  But now she is taking some time to focus on her own projects.  Juliet is touring the country with her Earth meets Sky Tour and will be in London this coming week.  Her tour merges home-grown talent with her music, as she collaborates with local artists and choirs, which gives each show a unique and local sound.  I cannot wait to hear it.  As a soloist Juliet as a very smooth voice that fits well with ballads and electronica based music.  Some of her songs such as ‘Lazy’ just put you in that summer, chilled out feel while others are have a more soulful sound.  When asked what inspires her, she says, ‘What drives me is the belief that music is for everybody so I like to collaborate and work with different individuals and groups to create and perform new music.’  Check out her on facebook at Juliet Russell Music and join her in Hampstead for a great night of music. 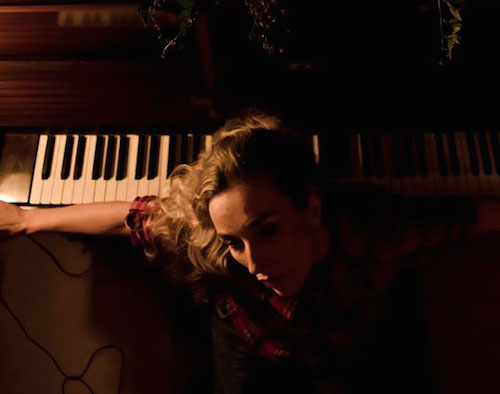 Bordello Rose: Thursday 28 May, Floripa, London
What do you get when cross a classical clarinet player with a rock metal guitarist? Well if you add a drummer and bass player, you get Bordello Rose.  The band may only be a couple of years old, but its members have been making music for some time.   Liza started playing musical instruments at the age of 4 and can now play 10 instruments, not counting the fact that she sings.  Cofounder Dave learnt guitar in his teens being inspired by Queen and has supported artists like the Darkness and Skid Row.  Kamil is a self-taught drummer and Christina learnt guitar in her teens but recently changed to bass, which balances the group.  All of them are involved with song writing which is reflected in the diversity of their sound.  They perform some great theatrical rock and easily move back into traditional rock as well.  The sound is good and the lyrics are catchy.  You may even find yourself singing along to songs you have only just heard.  Bordello Rose began in 2013, and by 2014 was in the final of BOTS, Battle of the bands.  Recently, they’ve been recording a video for their first single ‘Jealousy’, which comes out in July.  They are always great to hear live and normally get everyone’s toes tapping. Check out their website at www.bordellorosemusic.com and come along to the Be On the Scene showcase in Shoreditch, for a great night of music.