Ned Kelly, hero or villain? As the notorious bushranger is properly buried, TNT looks at the outlaw who divides a nation

The hangman, Elijah Upjohn (by all accounts – his description is one of the only reports from the time agreed on – an appallingly ugly man with an enormous festering carbuncle on the end of his nose), worked quickly.

It was his first execution and he was said to have appeared nervous.

While the contemporary description of the 25-year-old’s final moments are conflicting, popular legend claims his parting utterance was: “Such is life.”

It was his actions over the two years prior to this that sealed Kelly’s fate.

And from the moment of execution, he entered the annals of history.

More than 130 years on he remains a prominent figure in a canon of Australian anti-heroes, seen by some as symbolising national spirit, of Irish-Australian resistance, and by others as a common criminal.In recent years, owing in part to his fictionalisation in a plethora of novels, films and TV dramas, Kelly’s character has become an international symbol of Australia. 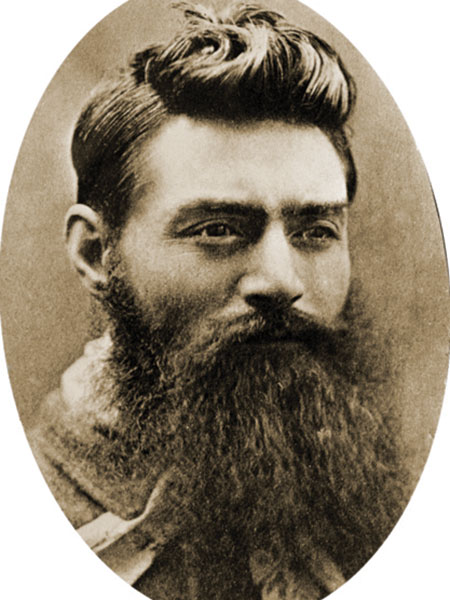 A fact evidenced by the headlines from around the world last week reporting the burial of Kelly’s remains beside his mother, Ellen, in the family plot at Greta – it was his last wish.

The ceremony was attended by a small group of Kelly family descendants, those who had campaigned to give him what they saw as a rightful burial after DNA testing confirmed bones found in 2011 were his.

They had been thrown into a pit after his execution. His skull is still missing.

“We’ve brought him home, back to his family and back to the area that he loved, we’ve given him his final wish, so that makes us quite happy,” said Joanne Griffiths, great-granddaughter of Kelly’s sister Kate.

“We’ve made a real effort to ensure that he’s going to be safe and he’s surrounded by family and friends, which is the way he would’ve wanted it.”

Kelly was born in 1854 to an Irish convict family.

His father Red Kelly was deported from County Tipperary to Australia in 1841 for stealing two pigs.

Red earned enough from gold prospecting to buy a small freehold in Victoria, where the family quickly gained a reputation as cattle rustlers. 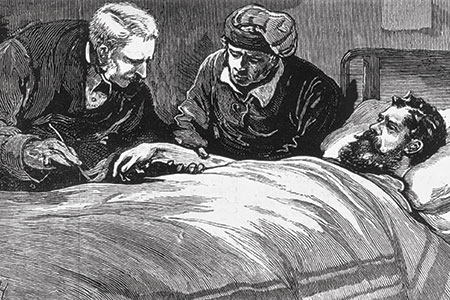 Red was jailed in 1865 for stealing a calf and skinning it. His internment left him terminally ill, and he died soon after leaving prison, when Ned was just 10.

In the years to follow, the Kellys built up a formidable call-sheet of offences.

The belief in the validity of these crimes is where the split in Kelly’s public perception begins. Ned’s first brush with the law came when he assaulted a Chinese pig farmer called Ah Fook.

Aged 14, Kelly was never convicted. Although according to witnesses, Fook started to abuse Ned’s sister Annie, and Ned jumped in to defend her before getting a beating from Fook.

Historians are divided over who was telling the truth.

Following a string of brushes with the law, including riding a policeman like a horse, and two jail terms, the legend of Ned the bushranger was sealed in 1878 when constable Alexander Fitzpatrick appeared at the Kelly homestead to arrest Ned’s younger brother Dan.

After an altercation, Fitzpatrick left and later appeared with an injury to his wrist, claiming Ned had shot at him three times and his mother had hit him over the head with a shovel.

Ellen was jailed and a reward was offered for the capture of the Kelly brothers, despite claims Ned was working 400 miles away.

The doctor who treated Fitzpatrick never believed his injury had been caused by a gunshot, and Fitzpatrick himself was three years later dismissed from the force for drunkenness and perjury.

Made outlaws by the state, Ned and Dan went on the run, joined by friends Joe Byrne and Steve Hart.

With the police closing in, the gang confronted four officers with the intention of stealing their weapons. 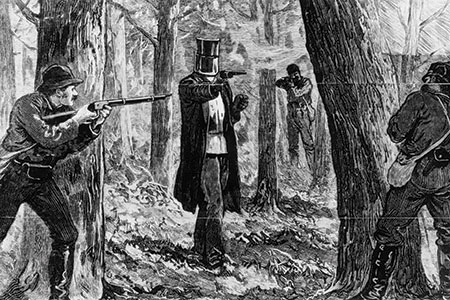 However, one officer went for his gun, so Ned shot him dead. He then gunned down another two who were chasing him.

Historians say he asked them to surrender, killing them before they shot him.

After the killings, Kelly and his gang went on to commit a series of bank robberies and made their last stand against police at Glenrowan, where Kelly donned the home-made metal armour now a powerful symbol in Australian art.

The romance of the Kelly legend also rests in part on a 7000-word manifesto explaining his behaviour and decrying the treatment of his family and other Irish Catholics by the police and English and Irish Protestants – the Jerilderie letter.

Of the 15 offences members of the Kelly family appeared in court accused of, fewer than half were proved.

While some cite this as evidence of the victimisation suffered by the Kelly clan, others claim the family regularly intimidated witnesses into not testifying in cases against them.

“He stood up against the corrupt police force and only took from people or companies that could afford to lose,” said Matt Wallace.

“He was no Robin Hood, that’s for sure,” said Natalie Smith.However, the police are clear on their stance.

The Police Association Victoria assistant secretary Bruce McKenzie said: “We would hope his grave site doesn’t become a shrine or a tourist mecca.

That would be inappropriate on the basis that while it happened a long time ago, (Kelly) remains responsible for the greatest atrocity in Australia’s history when it comes to the killing of police officers.” 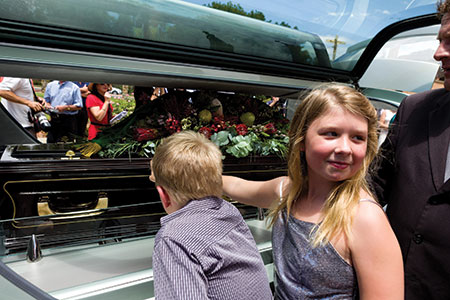 Bushranger Ned Kelly’s final wish has been realised more than 130 years after he was hanged.Kelly was buried last Sunday beside the unmarked grave of his mother at a cemetery not far from Glenrowan where he had his last stand in June 1880.

Proving that the Kelly enigma continues to divide, parish priest Monsignor John White told mourners he had received offensive phone calls and emails when it was revealed he would deliver the outlaw’s liturgy.

White said the funeral was about Edward Kelly, a baptised Catholic, who was entitled to the dignified burial he was denied following his hanging.

Kelly’s great-grand-niece Joanne Griffiths said: “Regardless of what people might think now … this is not the day for judgment, this is just the day for burying a family member.”

New band: Wolf Alice – see them at The Lexington on June 4

Style guide: The best London bars and restaurants to be seen in