Arsenal Midfielder Jack Wilshire Tweeted a picture of the shirt, which is the first design under England’s new deal with Nike.

After returning to watch a training session at his former school The Priory in Hitchin, Hertfordshire, Wilshere posted a picture of the school’s midfielder, Jason Kelly, wearing the new shirt, with this Tweet:

“Like this kid, my England dream began here, so he was first in #theshirt – England’s new kit from NikeFootball.”

The Three Lions’ association with Umbro started in 1954 but ended last year when Nike won the rights to make the England shirt.

Within minutes of Wilshere’s tweet, Twitter users were discussing the new shirt’s similarity to the strip West Germany wore in the famous 1966 World Cup Final against England.

England will debut the kit in their match against the Republic of Ireland next week, showing it off for the second time to play Brazil in a friendly at the Maracanã in Rio de Janeiro four days later. 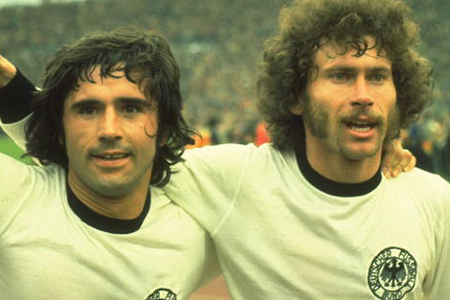 The shirt West Germany wore while winning the 1974 World Cup

Oh dear, @nikefootball have already made our new #England shirt look like a Germany one. Can we have @umbro back? We’re red and white!

For those fans worried that the England shirt looks a bit German, wait til you see the shorts. Full-on green tweed lederhosen, apparently.

Australian teenager blows himself up in suicide car bombing