The tardis coin is part of a set which will feature the faces of all 11 of the actors who have played the part of the charismatic time lord – William Hartnell, Patrick Troughton, Jon Pertwee, Tom Baker, Peter Davison, Colin Baker, Sylvester McCoy, Paul McGann, Christopher Eccleston, David Tennant and Matt Smith. 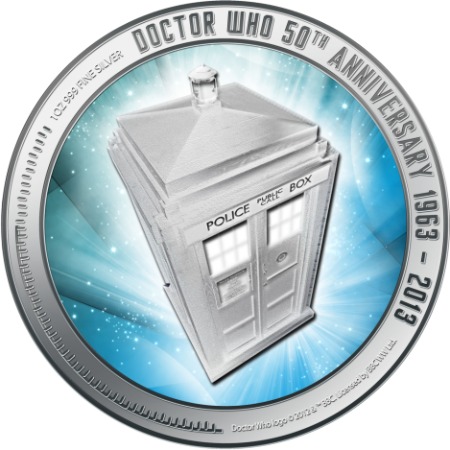 The long-running BBC series, currently starring Matt Smith as young inventive Doctor, was first aired in 1963 and has built a vast cult following over the years with scary sci-fi and inventive plots.

New episodes of Doctor Who are set air at the end of March this year on the BBC.

Main image: Matt Smith, Karen Gillan and Arthur Darvill attend the preview screening of the first episode of the new series of Dr Who at BFI Southbank on August 14, 2012 (Getty images)