‘News raider’ Paul Yarrow has notched up 100 TV appearances on news programmes this year, in a bid to raise the profile of bald, fat men everywhere.

Yarrow has appeared sceptre-like in the background of news programmes on BBC1, ITV, Channel 4, Sky News and the Qatar-based Al Jazeera network. 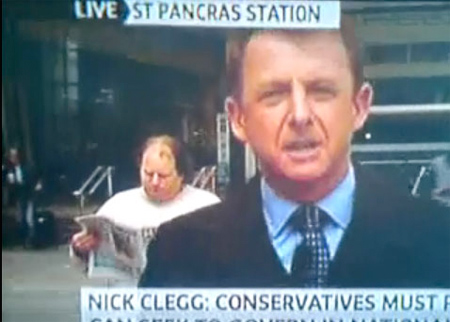 The so-called ‘News Raider’ sprung into public consciousness when a website picked up on the uncanny number of times he popped up behind newsreaders on almost every TV network.

The magnificently ordinary Mr. Yarrow sometimes reads the paper, sometimes makes a phone call and often just stands. His outfit – a beige jumper – rarely changes and nor does his expression. 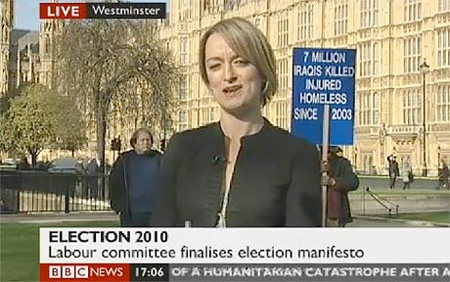 So who is Paul Yarrow, a.k.a the ‘news Raider’?

Yarrow is a man with a mission – catapulting himself into the limelight to highlight the plight of ordinary-looking men.

The News Raider argues that there are too many beautiful people on television. 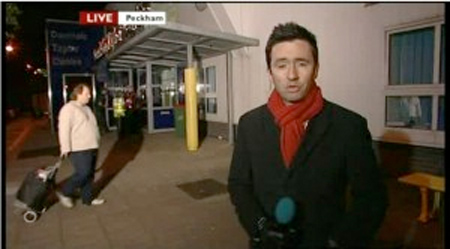 “It’s a serious issue and I’m trying to make a statement: ‘Be who you are.’ I’m just a common person in the street,” Yarrow told the Daily Mail.

“People say we live in a fairer, more understanding society these days, but elderly and overweight people still get pushed aside. The camera crews try to move me out of the way but I’m a human being.”

Yarrow is a carer who lives on a council estate and in 2008 won the South London Press Good Samaritan of the Year Award for his local community work. 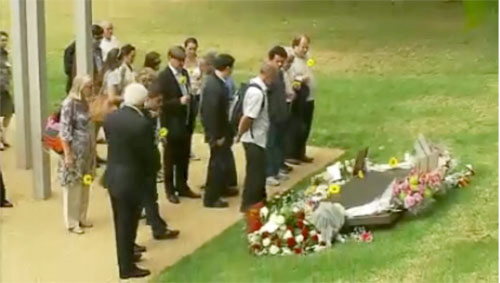 Half of pilots have fallen asleep in the cockpit MPs told