Australia is the largest island in the world (we disqualified Greenland on a technicality) and fringed across its extensive coastline are more than 8,200 smaller islands. With so many to choose from, there’s bound to be one you’ll love, so we’ve put together a list of Australia’s top 10 island getaways. 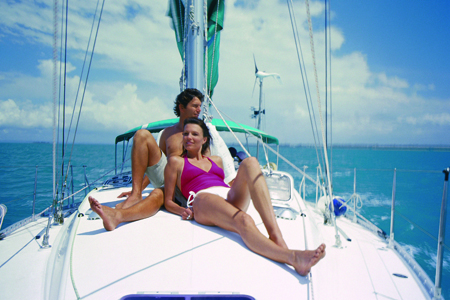 In a nutshell: Dingoes, lakes and lush rainforests thriving on the world’s largest sand island.
Tell me more: Fraser Island is extraordinary – it has a World Heritage listing to prove it. The incomparable isle is the world’s largest sand island, with subtropical rainforests stubbornly thriving in a seemingly infertile environment.
There are no tarmac roads, so most people see the island on multi-day 4WD tours (though you can dodge the crowds, stay longer, and do it cheaper by walking around it if you’re feeling hardy). Fraser is also home to more than 40 freshwater dune lakes – over half the world’s known total. Indeed TNT’s favourite spot is Lake McKenzie, a massive freshwater lake where crystal clear water meets sands so white you’re tempted to sprinkle them on your dinner. Or you could, of course, take your own picnic. This is the kind of spot you could lose yourself in for at least a few hours.
Where? Off the Queensland coast, from Hervey Bay, Rainbow Beach or River Heads.

In a nutshell: So much wildlife it should be renamed something better.
Tell me more: Kangaroo Island is Australia’s third largest island (after Melville Island and Tassie). It has a population of 4,500 people and 25,000 koalas. So really it should have been renamed Koala Island, or better still, You’ve Never Seen So Much Wildlife In One Place Except Possibly At The Zoo (But Even Then The Cool Animals Are Always Asleep) Island. Works so much better. As well as the abundant wildlife – if you don’t see koalas, roos, wallabies, seals, sea lions, the odd snake and plenty more you’d better get them glasses checked – there are the what-it-says-on-the-tin Remarkable Rocks, some epic sand dunes (ideal for sandboarding) and a greedy collection of gorgeous beaches. Go and see why all the celebrities are tweeting about this place.
Where? Off the Fleurieu Peninsula, about one hour 45 mins drive from Adelaide, South Australia.

In a nutshell: Get up close with playful dolphins.
Tell me more: Tangalooma (Moreton Island) is known for giving tourists the chance to feed and frolic with the dolphins every evening like clockwork. The dolphins know to return every evening, giving tourists a unique experience.
There are over 80 tours and activities on offer to experience the best of the island life and local reefs including scuba diving, eco-whale watching cruises, jetskiing, parasailing and banana boat rides. With the water temperature staying at a beautiful 29 degrees year round, best bring your swimmers.
Where? A 75 minute ferry ride from Brisbane. 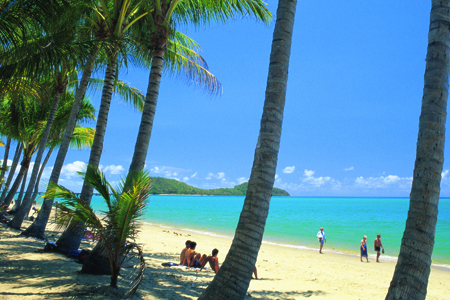 In a nutshell: Remote and all but unsullied by the worst of the modern world.
Tell me more: This is one Island that we probably wouldn’t complain about being stranded on, à la Robinson Crusoe. Off the east coast of Australia, about half way between Sydney and Brisbane, Lord Howe is one of the most remote islands in the country, and you’ll need to fly to get there. But it’s more than worth the trek. The locals have fought to jealously protect the natural beauty of their island by restricting the number of visitors allowed there at any one time, so make sure to book in advance. Enjoy the warm, crystal clear water, the beautiful native bird life or some of the best nature walking to be found anywhere in Oceania. Lord Howe Island is an absolute gem!
Where? Qantas and QantasLink fly daily services from both Brisbane and Sydney. You can also go direct from Port Macquarie, if you’d prefer.

In a nutshell: The sort of place you hide away to write a novel.
Tell me more: It’s just an hour from Hobart, yet on Bruny you can feel like you’re at the end of the world – miles from civilisation. Windswept, pleasingly wild and undeniably beautiful, Bruny is essentially two islands connected by a long isthmus called The Neck.Cross The Neck and you’re in a world of cliffs, rainforest, endless, white, lonely beaches, some good bushwalking trails and penguins and fur seals. We like it there. In fact, we’re currently saving up to buy a cottage here (to write that first novel).
Where? Around an hour south from Hobart. Ferry from Kettering, Tasmania. 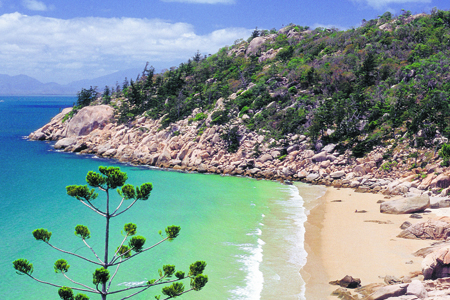 In a nutshell: Party or park your arse.
Tell me more: It was a close call between Maggie and the less developed Great Keppel and both offer similar: party prospects married with park your arse and “chillax” opportunities. There’s superlative scenery, beaches, wildlife and activities, such as diving and snorkelling. Maggie has great wildlife experiences too, with koalas living in the wild and cute little rock wallabies. Base Hostel throw a pretty full on Full Moon party on Magnetic Island every month and it’s worth being there for that. Think the same sort of thing as in Thailand; lots of drinking and people keen to, um, ‘make new friends’ but with less chance of being beaten up, robbed or contracting a disease getting a tattoo. But even if you miss that, Base has gotta be one of Australia’s most picturesque hostels, being right on the beach – and one of the biggest for partying at anytime.

Where? A ferry ride from Townsville, Queensland.

In a nutshell: Penguins, adorable little penguins.
Tell me more: Victoria’s Phillip Island is best known for two reasons; its racetrack which plays host to a leg of the international Moto GP every year and the march of the little penguins (formerly know as fairy penguins.) While the roar of 500cc motorbike engines is a thrilling sound, we’re far more interested in Phillip Island’s bountiful beaches and, of course, the adorable penguin parade. Pretty much every night at sunset, the little penguins waddle up the sand of Summerland Beach to their roosts in the magnificent sandunes. It is a unique wildlife experience. Phillip Island also has one of Australia’s largest koala sanctuaries, with elevated boardwalk viewing areas to watch the furry little fellas go about their business.
Where? South-east of Melbourne. Fly to Melbourne and either take a bus or drive yourself. 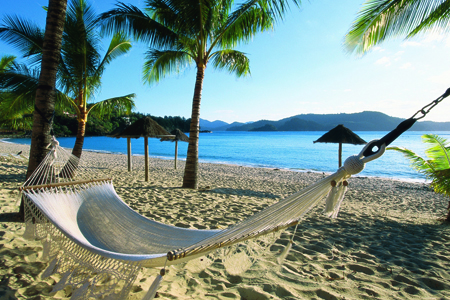 In a nutshell: A bit like heaven really.
Tell me more: Angels serve you free beer and… Nah. But the scenery is out of this world. We’ve cheated a little bit here – we simply can’t chose one island above the rest, so we’re including all 74. Most isles are sandy with tropical rainforest and several have accommodation options, ranging from five-star resorts to basic camp grounds (34 in all). It’s all shallow, gently swirling turquoise waters and talcum powder beaches, with the famous Whitheaven Beach (on Whitsunday Island) the must-have photo. As if all that wasn’t good enough, the islands are surrounded by the Great Barrier Reef, so the snorkelling and diving is pretty much as good as it gets. Staying on an island or two is fun, but sailing in amongst them is arguably better. If you meet someone who toured the east coast and didn’t go to the Whitsundays, you’ll meet someone who looks marginally suicidal.
Where? From Airlie Beach, in between Mackay and Townsville, Queensland.

In a nutshell: A temperate, tropical wonderland
Tell me more: Located about 80km north of Darwin, at the confluence of the Arafura and Timor Seas, the Tiwi Islands are a chain of beautiful islands known for their year round warm weather, great fishing and indigenous heritage. The two main islands are Melville and Bathurst but there are another nine smaller, uninhabited islands that can still be visited and explored via day trips. The Tiwi people, the indigenous inhabitants of the islands have inhabited these islands for over 7,000 years and huge tourist draw card, the indigenous art is a huge draw card. Game fishing is also an important industry in the region, with barramundi, snapper, mackerel and salmon all in abundance in the beautiful waters off the coast.
Where? Once upon a time there was a ferry, but no longer. Best bet is flying direct from Darwin, which, as you can imagine is a very short flight in a tiny plane. 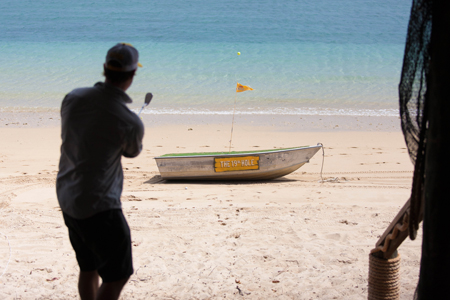 Picking just 10 islands was much more difficult than we thought. There are so many more we haven’t got room for, with Queensland especially spoilt for choice. Also worthy of a mention is the new ‘mates only island’, XXXX Island, yes, it’s brought to you by the beer, and can be found off the Capricorn Coast. Further up the reef is Heron, with its turtles, Lady Elliot with its great diving and Lady Musgrave Island, with its enclosed lagoon big enough to sail into. We have it on good authority that Tasmania’s King Island is worth a visit, while way, way, off the coast of Western Australia, the stunning Cocos and Christmas Islands look like they’ve been nicked form the Caribbean.

Three of the best: Romantic restaurants in London