Oh, what a lovely war: Who’s going to war next?

But don’t worry – wars, apparently, are like buses. Just wait, and another one will arrive soon. WORDS: TOM STURROCK

Not to be flippant – civilised countries bear a grave responsibility to prevent genocide. And there remains a robust debate in foreign policy circles about the circumstances that compel Western governments to become involved militarily in the affairs of other states.

London think tank, the Henry Jackson Society, believes only liberal, democratic states are legitimate and that force should be used to prevent genocide and terrorist attacks. Spokesman Michael Weiss insists that the violence committed by Bashar al-Assad’s regime in Syria justifies intervention.

“Russia, Iran and Hezbollah have been ‘intervening’ in Syria’s internal affairs for 10 months,” Weiss says. He insists that, when the regime collapses, the West will need to stop a failed state taking root on the Mediterranean. “Meanwhile, the Arab League, the United States and the European Union have all determined that any claim to sovereignty Assad might have had in 2011 is null and void in 2012.”

Mark Schneider, vice-president of the Washington-based International Crisis Group, is less hawkish, saying that where US interests aren’t directly threatened, diplomatic methods must be exhausted first. “After the events of the past 10 years or so, I think the international community is more aware and determined to use the steps short of military action to resolve these situations,” he says.

Are there no wars that we can all agree on? 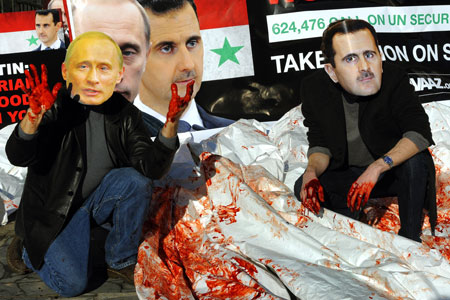 CUBA
US governments have never been happy about having a communist country idling away just 200 miles south of Miami, and they’ve had a couple of cracks at overthrowing Castro’s government. Most notably in 1961, when the Bay of Pigs invasion ended disastrously and a CIA-trained force of Cuban exiles was routed in three days by the Cuban military.

How loud are the sabres rattling? Castro remains more an irritant than a real threat, so only the most fevered hawks in Washington would entertain a full-scale invasion, as opposed to an ongoing propaganda campaign. In reality, there has already been an invasion: the Cubans took Miami.

IRAN
You could be forgiven for thinking you’ve seen this episode before: obnoxious Middle Eastern country has designs on WMDs and must be stopped before they succeed – the fate of the world depends on it. Still, Israel aren’t inclined to take any chances, given President Mahmoud Ahmadinejad’s professed aim to  “wipe Israel off the map”. It’s fighting talk.

How loud are the sabres rattling? Deafeningly. Israel’s bellicose talk of airstrikes could be a bluff to get China, one of Iran’s major trading partners, to agree to tighter sanctions. But a strike could occur later this year and US warships may be redirected to the Persian Gulf to deter Iranian retaliation. 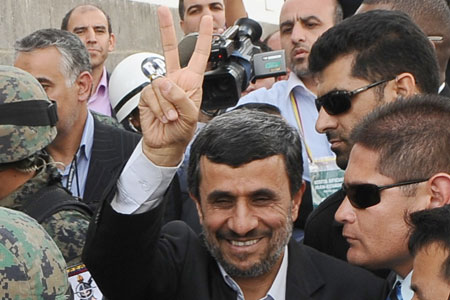 NORTH KOREA
Now Kim Jong-Il has shuffled off the mortal coil (without so much as a parting rendition of So Lonely) North Korea has moved down on the international Shit List. Maybe his chubby-faced son will be as crazy but he deserves the benefit of the doubt – at least until he lobs missiles into Seoul.

How loud are the sabres rattling? China isn’t keen on war on the Korean peninsula and Pyongyang struggles to feed its 25 million people, so is more interested in blackmailing the international community for aid, rather than starting a war.

MEXICO
In some circles, a US invasion of Mexico, to smash the drug cartels and combat illegal immigration, is regarded as an elephant in the room that will need to be addressed sooner or later. The violence of Mexico’s drug wars has escalated to the point where, in places like Ciudad Juárez, residents have called for UN intervention.

How loud are the sabres rattling? Serious people aren’t really talking about it but Rick Perry, the governor of Texas who tried and failed to become the next Republican presidential candidate, spoke openly about sending US troops into Mexico toward the end of last year. 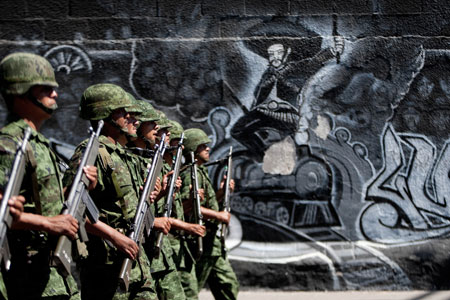 SYRIA
The Arab Spring might have started off as a feel-good story, but its advent in Syria has precipitated regime violence that turns the stomach. Russia and China, piqued after being strung along in Libya, are blocking UN action, making it
hard for Western governments to intervene.

How loud are the sabres rattling? Loudly, but with caution. If there was a quick, easy way to get rid of Assad, there would be few dissenters outside Russia and Iran. It leaves Western governments with the invidious choice of running a mile or making sure they have a presence post-Assad.

ZIMBABWE
Robert Mugabe has been running Zimbabwe since 1980, saddling the country with crippling hyperinflation and driving white farmers off their land. This year, or early in 2013, Zimbabwe is expected to hold elections, which will likely degenerate into a spectacle of regime intimidation.

How loud are the sabres rattling? Western governments would love to see the back of Mugabe but would stop short of sending their own soldiers, preferring he hoist himself on his own petard or be ousted at the hands of a coup. Indeed, Mugabe’s paranoia has incubated intricate strategies to guard against western-sponsored regime change.

The Falklands war: Thirty years on

Some of these scenarios might seem like pie-in-the sky but April this year marks the 30th anniversary of one of the 20th century’s most unlikely wars, when England and Argentina battled over the Falklands. 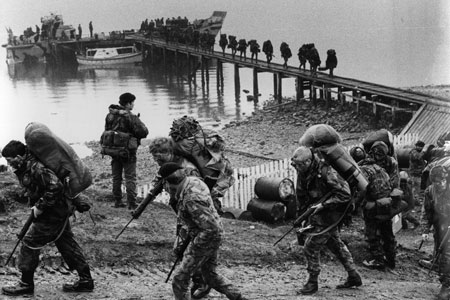 British troops arriving in the Falklands

The crisis came out of the blue and surprised an international community accustomed to viewing conflict through the prism of the Cold War. It was sparked by the Argentinian government’s decision to invade the tiny islands off their east coast – which they called re-occupying their own territory. Given the British sovereignty over the islands, though, Margaret Thatcher didn’t see it that way and deployed Royal Navy and SAS forces to send the Argentines packing.

Over the course of the 74-day conflict, 907 people were killed – mostly on the Argentinian side – and the British victory helped propel Thatcher to re-election the following year.

Flower steps down as England coach

Reading a TNT on the peaks of Courchevel – The Three Valleys, France

Pay what you like at Fika Swedish Bar and Kitchen