The 18-year-old singer and the former Dancing On Ice star, 22, have reportedly been seeing each other since One Direction returned from Australia.

And Harry’s friends have said it’s his first serious relationship since he split from Xtra Factor host Caroline Flack, 32.

A source said: “They’re perfect for each other, they really are. They’ve been getting to know each other and keeping things quiet but they’re close.

“Harry has always had a crush on her and hoped he could get it together with her and they eventually did.” 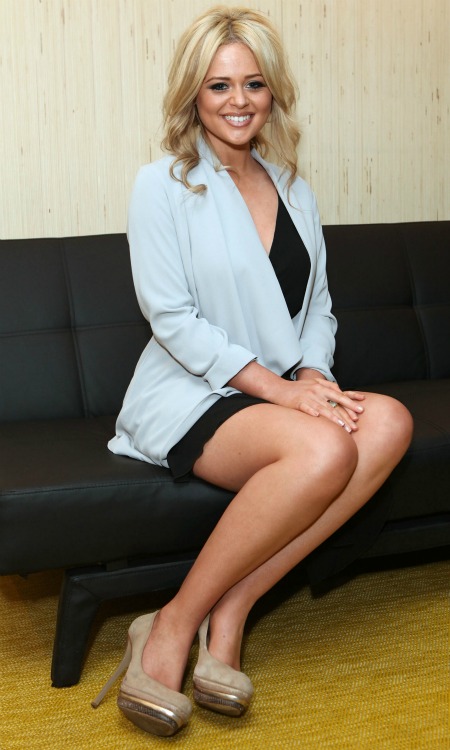 But the singer is said to be worried about whether Emily’s work and One Direction’s US tour will stop them from becoming official.

The source added: “Harry is spending so much time out of the country he finds it hard to settle down and make a long-term relationship work.

“But he really likes Emily. She’s thinking about going to see Harry during the tour and they’ll be speaking to each other all the time.”

Atack, who ranked number 10 in FHM magazine’s top 100 sexiest women in the world and is starring in a new film comedy Outside Bet, has previously admitted fancying Harry.

Two years ago Emily tweeted: “Does Harry from One Direction HAVE to be 16?! Let’s pretend he’s 18 at least! Then there would only be One Direction he would be going… to the bedroom!”

Blue boat and the Ocean in Cornwall