I won’t lie, when I first spotted the Greenpeace protesters with my own peepers through the window at TNT Towers, my instinctive reaction was ‘I hope they don’t all fall… but I wouldn’t mind if one of them fell.’ I said fell, not die, calm down; I imagined one of the, I hoped, dreadlocked protesters, tumbling down the glass facade of The Shard, eventually crashing through the window of a meeting room and into the lap of dayglo tanned oil executive. Their instinct is to hate each other, but their eyes meet and it’s love at first sight. That’d be ace right?

Returning to Earth from my rom-com daydream, I noticed the police chopper and thought resentfully about the money going into policing this protest, especially at a time when public cash is so tight. Not that I disagree with what they were protesting about. Arctic drilling is immensely shitty.

It says something desperately depressing about the oil industry when the first thing petrol companies can think to do when the ice cap recedes – due in part to the side effects of their operations – is drill for more of it there. They don’t see global warming as an indictment on their industry, they see it as an opportunity.

The umbrage I take with protests like Greenpeace’s on The Shard is they don’t address the fundamental problem that leads to things such as arctic drilling, the banking crisis, and Austerity. The reason these things happen is because our political system is broken. It no longer serves the interest of the public, but the interests of big business and politicians. This isn’t a controversial assertion. And it’s one that could be solved fairly simply.

The public needs to be protected from the vested interests of politicians and the leverage of big business. No second jobs for MPs and no consulting. No investing in firms with, or tendering for, government contracts. If that means paying them properly, so be it. If our government gave a single shit about its people, arctic drilling wouldn’t happen, neither would legal aid cuts or NHS privatisation, and no one would have to climb, or fall off, anything. 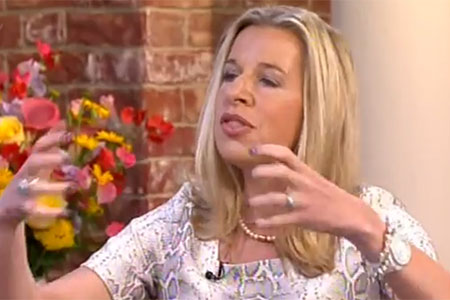 The one thing Katie Hopkins is right about, and I stress it is the only thing, is that what she says is what some people think.The thing is, the people whose opinions she gives voice too, are, like her, a bit thick.

Writing in The Mirror, Hopkins, who recently caused consternation by claiming she judged children by their names, rather neatly exposed her central misunderstanding of humanity: “When people hate me, it’s because I have hit on something that relates to them.” Here Hopkins helpfully, with almost laudable  conciseness, provides evidence to suggest that she has no theory of mind, no empathy beyond those people she perceives to be in her social class.

It is this, mercifully rare, catastrophic failure of personal development which leads to the kind of stilted, logically and morally indefensible opinions she holds. She doesn’t need exposure, she needs help.

Dusk by the shore