Oscar Pistorius latest: Paralympian back in court for second day of bail hearing

Today witnesses are expected to speak out about hearing the couple argue prior to the shooting, with one witness allegedly expected to say that she heard the couple raising their voices to each other for around an hour.

Hilton Botha, senior investigaing police officer, has said that he opposes bail as he fears that Pistorius could leave the country “We know that he has offshore accounts and a property in Italy. We know this because we went through his safes.” Botha told the court.

Botha also revealed that the police had discovered “two boxes of testosterone, needles and injections,” in the athlete’s home. Unlicensed ammunition for a handgun was also recovered. 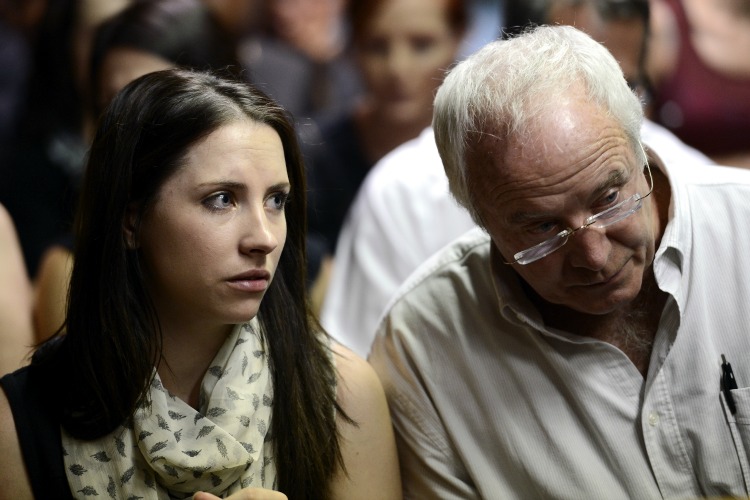 Yesterday Pistorius said that prior to firing his gun four times at the toilet door, which he claims to have approached from his bed without wearing his prosthetic limbs, he felt a “sense of terror rushing over me. It filled me with horror and fear of an intruder or intruders being inside the toilet.”

Steenkamp was hit three times, in the right hand side of the head above her ear, in the elbow and in her hip.

Pistorius then apparently broke down the door using a cricket bat.

Journalists were queuing since the early hours to try and gain entry into the court, which has become a hot ticket. The Daily Telgraph reported that the queue became a ‘scrum’ when the courtroom doors were opened, with one reporter collapsing and requiring attention from medics.

The court is now attempting to establish the trajectory of the bullets and is being shown a plan of the athlete’s home.

UPDATE 10:18am:
Botha has refered to a witness statement statement to have heard an argument at around 2-3am on the morning of the incident, followed by gunshots. Another witness claims to have heard “a female screaming” followed by more gunshots. However, one of the witnesses is said to live 600 metres from Pistorius’ house.

All in the name: Hartlepool win thanks to scorers Hartley and Poole