Twitter user, Sasha Marie Davies, a BA fashion student, tweeted to say that she was “locked in a Pret on Oxford Street due to a suspect box/bomb outside. Holding onto my sandwich!”

“Just arrived on Oxford street for a meeting and been greeted by a bomb scare.”

The incident, which currently, is only being described as a ‘police incident’ has lead to the closure of Oxford Street and Orchard Street.

Police carried out a controlled explosion at approximately 16:00.

Mickey Fiori tweeted a picture saying the road had been reopned. 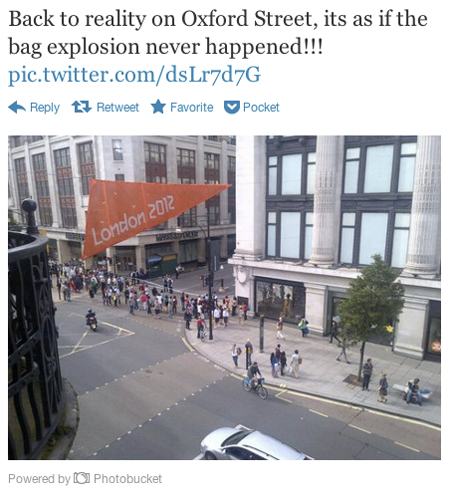 Image via Getty and @FioriMickey

Dicing with death in Darwin

Great Scot: We take on Scotland’s wild beauty by mountain bike, sea kayak and canoe in the Great Glen

Is CBD legal in Switzerland?