OZ OPEN: Stosur fights off first round jitters to win through in straight sets on day one of the Melbourne Grand Slam

It’s no secret that the first Grand Slam of the year isn’t the Aussie 17th seed’s favourite, on court anyway, but she was given a stern test by Klara Zakopalova and passed with glimpses of her best 6-3 6-4.

The scoreline suggests a match more simple than it was but Stosur will take the result every day of the week having lost to the same Czech world No 37 at the recent Hobart Invitational.

Stosur was up third on Rod Laver Arena in the blazing heat, but with cap and sunnies on she just got on with it, her whipping serve and powerful forehand causing her opponent all sorts of hassles. 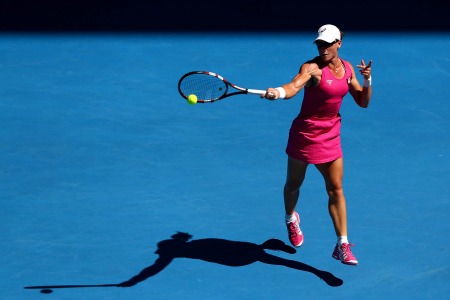 After taking the first set comfortably in 36 minutes, Zakopolova came out firing in the second and broke the Aussie’s serve three times to go ahead 4-1 and make a third set seem a certainty.

But Stosur wasn’t buying that though and got on a roll, winning five games in a row and needing just one of her two match points to break serve for a final time just before the set reached the hour mark.

The match was in stark contrast to her second round exit last year, after which she admitted to have choked against China’s Zheng Jie when she’d led 5-2 in the deciding set.

It’s certainly better than 2012 when she bowed out in the first round to unknown Sorana Cirstea.

Stosur now faces the winner of unseeded Bulgarian Tsvetana Pironkova or Spaniard Silvia Soler-Espinosa in the second round. 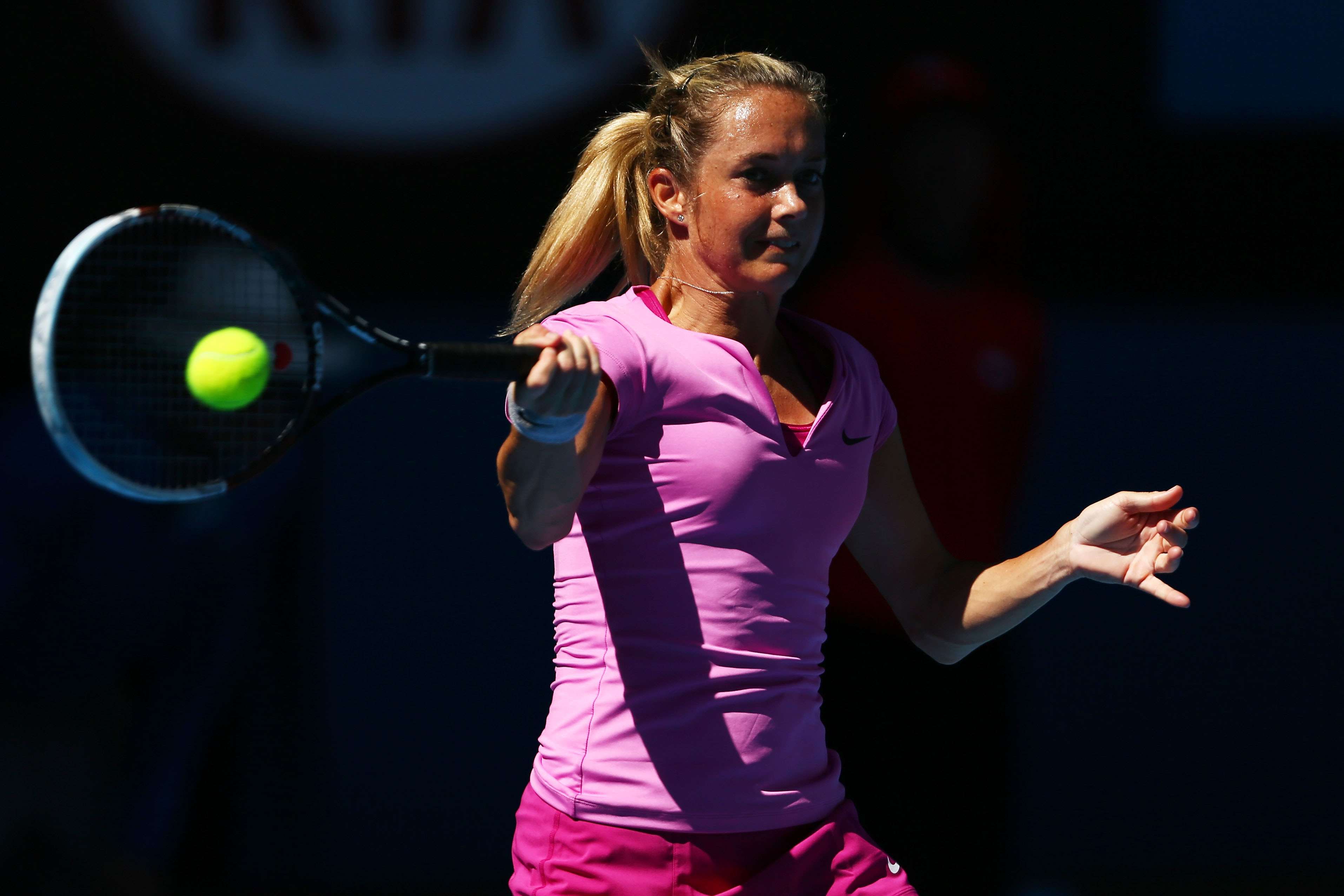 Meanwhile, Australia’s Casey Dellacqua, ranked a lowly 125 in the world, started her campaign off in style with an impressive 6-2 6-2 win over former world No 3 Vera Zvonareva on Show Court 3.