Join revellers in Siena, Italy, for the world’s oldest horserace – Palio de Siena. Matt Risley got more than he bargained for…

For one thing, there’s all the stampeding bovines, with enough size, momentum and wayward directional prowess to give George Michael’s driving skills a run for their money.

There’s also, nigglingly, the threat of overwhelming and entirely non-refundable death by stupidity.

Instead, I decide upon another beast-based summery European jaunt away, and make my way to Italy for one of Tuscany’s most legendary cultural experiences; a city-congregating horse race known as the Palio di Sienna. 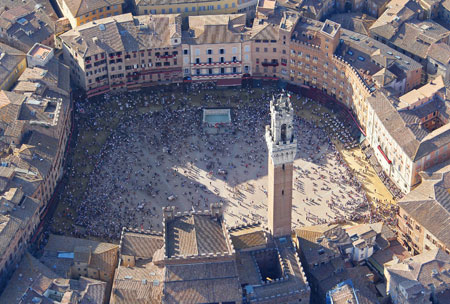 Little do I realise that the carnival ambience and celebratory locals had omitted to mention that the event is to horse racing as Pamplona is to cattle herding.

As I leave my hostel in the heart of Siena’s stunning centre (UNESCO labelled it a World Heritage Site) on the morning of the race, there’s an unadulterated buzz infectiously reverberating through the ancient, labyrinthine streets.

The previous day’s meander through the city’s iconic Palazzo Pubblico (imagine your average town hall, only with a whopping bell tower, medieval architecture, beautifully painted fresco murals and a museum tacked on the side) had taught me everything I needed to know about the day’s event. 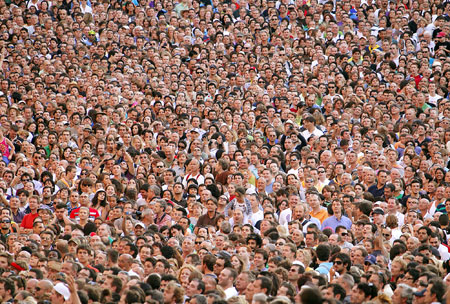 Elected jockeys from each region compete in a 90-second race around the city’s grand square – the Piazza del Campo – and whichever horse races over the finish line first wins the kudos, title, jealousy of their neighbourhood rivals and the Palio itself – a coveted snazzy silk banner.

Amusingly enough, and representative of the race’s quirky charm, not only are all the riders decked out in the colourful medieval garb of their representative contrada (all brilliantly named after some of the most fantastic animals and faux-creatures around – for every eagle or ram contrada, there’s a unicorn, hedgehog, goose or she-wolf rival), but the winning horse doesn’t even need to have its rider still balanced atop it to win. The Grand National it is not.

While it may only last three laps of the relatively short track, it’s obvious that each and every rider – all decked out in their finest knitted pyjamas – will do everything they can to take home the title. The jockeys are each given a whip made from dried and stretched bull penis (and there was me thinking I’d avoided Pamplona’s bull craziness), which they’re freely allowed to use on both rival horses and jockeys along the way.

As the first rider flies off his horse and tumbles to the ground, it becomes clear as to why each contrada gets a priest to bless its appointed nag. Luckily, he scrambles off injury-free, and the rest of the horses bolt around the track at a blistering pace.

It’s over as quickly as it began, but it’s soon clear that while the winner is showered with the coveted banner, the real party’s only just begun. 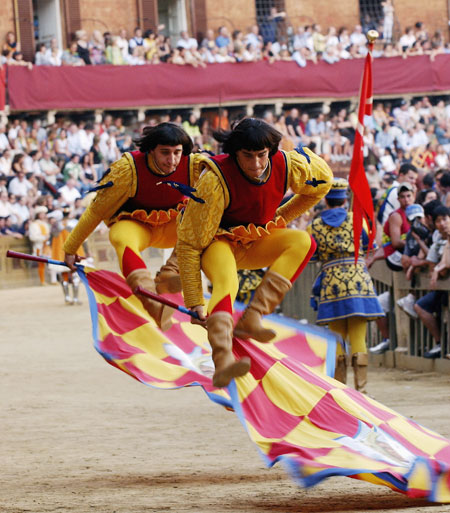 With each contrada proudly boasting its own unique emblem and colours for all to see, each mini-region starts its commiseration or celebration with a communal warmth and unity that’s as fascinating as the race itself – imagine the aftermath of the FA Cup final, only involving opposing ten teams and a distinct lack of bullish, mob-like rivalry between them all.

As we wander off into the night, we’re welcomed by a slew of competing locals inviting us into numerous all-night parties the city’s been preparing an entire year for. And who’d pass that up? You’d be a foal not to.

Osteria Enoteca Sotto le Font (sottolefonti.it) is off the beaten track and as inviting as they come. This is traditional Italian, done right. Wild boar ragout anyone?

Osteria Nonna Gina (originalitaly.it) is a great local food stop after the hecticness of the Palio subsides. You can’t go wrong with its affordable, hearty Italian grub.

La Compagnia dei Vinattieri (vinattieri.net) is a little pricier than most but undeniably worth it for the cracking, modern take on Tuscan favourites.

While the city isn’t overflowing with club venues, Al Cambio (alcambio.net) is one of the few places you can still get your dancing freak on.

Caffe del Corso (enoteca-italiana.it) is one of the best places to dabble in the region’s tipples.

Zest Bar Wine & Cafe (zestbarsiena.com/it) is located in the old town and is the city’s best chillout cafe. Grab a coffee, put your feet up and switch off.

YHA Hostel Siena (ostellosiena.com) is the cheapest accommodation in the whole city – don’t expect party central, but for location and value, you can’t go wrong.

Miniresidenze Ciompi (residenceparadisotoscana.eu/ita/residance_ciompi.html) is a quiet but cheap, cheerful and friendly hostel located right in the centre of town.

B and B il Canto del Sole (ilcantodelsole.com) is situated a little way out of town, but is worth the commute in for the amazing barn conversion, farm surroundings and – mercifully – massive pool.

When to go: July 2 and August 16.
Getting there: Fly to Pisa airport, the nearest airport to Siena, a two-hour drive away. Fly direct from London to Pisa with Ryanair or easyJet from £20.99.
Get more info: discovertuscany.com