Rooting on the road: Are hook-ups and one-night stands an essential part of travel?

Travel blogger Toni White, 26, from Devon, had no idea writing these words would cause such a stir.

But whip up the web they did – her post recalling a series of sexcapades enjoyed on a backpacking trip (this one in particular involved bonking her dive instructor on a week’s sailing holiday in Thailand) has got the blogosphere all a-fluster, and was even named a favourite post by shag-happy influential travel site Travelsexlife.com.

White will be appearing at the TNT Travel Show at Islington’s Business Design Centre on Sunday, chatting about the relationship between sex and travel – promising to uncover what it means on the road, in your mind and between the sheets.

It’s certainly a topic the vast majority of travellers will have their own input on – holiday hook-ups are popular, as a survey of 30,000 British women by dating travel site Misstravel.com proved last summer.

More than 40 per cent of respondents under 30 said they’d had a one-night stand during a trip, and an evidently randy 10 per cent admitted to having had five or more sexual partners over the course of a week-long holiday. 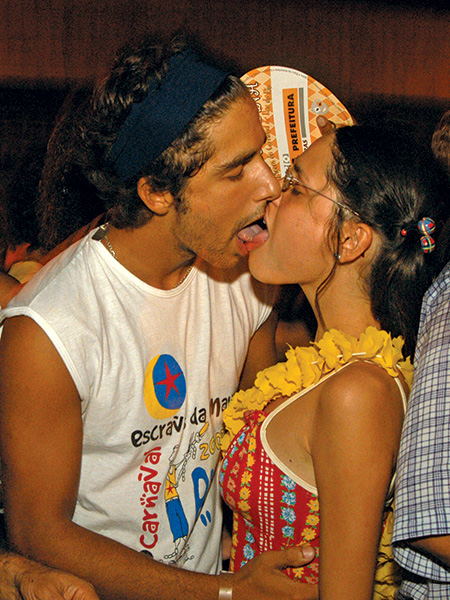 But hopping into bed with a fellow tanned traveller does seem to be a backpacking rite as common as buying a ‘same same but different’ T-shirt or spending a night of sleepless torment on a cross-country bus.

Who hasn’t heard a pair of pervs going at it in the neighbouring dorm bed?

It’s all part of the shedding of inhibitions that goes hand-in-hand with hitting the road in search of adventure.

And yet sometimes that fearlessness doesn’t work in your favour.

Just think of the increasing numbers of Aussies dying abroad as a result of risk-taking on holiday.

TNT reader Elisa Arthur*, 28, remembers a particularly risque sexscapade when she was travelling around Mexico.

“It was my friend and mine’s last night in San Cristobal,” she tells us.

“We were in this bar and a local guy came up and hit on me. I wasn’t bothered but my friend liked his friend, so when they asked us to go to another bar with them we said, why not?”

Arthur and her friend ended up kissing the Mexican guys amid some steamy salsa dancing and copious cheap cocktails, and were only too willing to hop in a cab with them at the end of the night. 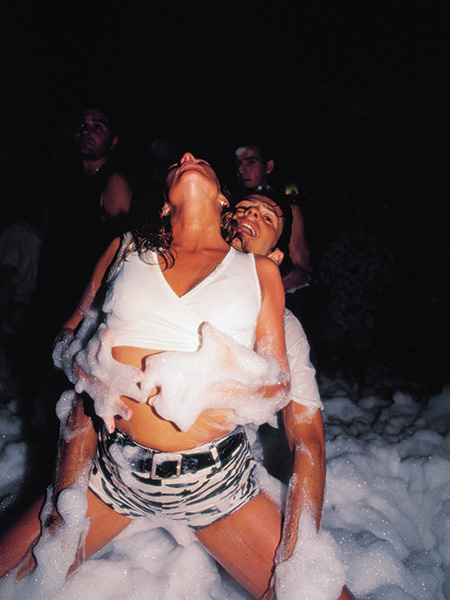 “The taxi dropped us off in this dark place and we ended up going into this derelict warehouse with them,” Arthur remembers.

“It was so eerie, and there was a moment where I thought we might be in trouble.”

Happily for our heroines, the evening ended with great sex – some of it on a table.

“I wouldn’t say it was my finest moment,” Arthur laughs.

“It’s the kind of thing that if you were back home, you’d be like, ‘what the fuck are you doing?’

“But when you’re travelling there’s this feeling of, ‘you’re only here once’. It’s a bit of an adventure and you’re more likely to think, ‘why the hell not?’”

For White, however, having sex on the road isn’t about taking risks or no strings – even if it’s just for one night.

She argues the act of bonking a fellow backpacker can be meaningful, even if you’ve only known them a few hours.

“If you want that hot and steamy sex session that you always see in the movies then get your emotions involved,” she says.

“A huge part of travelling is the freedom, both physically and mentally, that it gives you and having sex is just another part of that freedom. 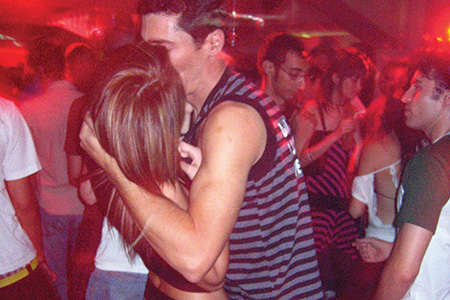 And with that freedom comes great awareness of who you are and what you feel, which only increases the fantastic memories you’ll have of that place or person.”

So even though White got it on with ‘Scotty the Hottie’ only six hours after meeting him in Hong Kong and shared a single night of passion with a Dutchman on a trapeze net in Koh Tao (more on her blog, reclaimingmyfuture.com), those ‘connections’ were meaningful?

“I like to think I ‘fell’ for every guy I slept with to some degree,” agrees White, who before she packed up to go travelling had never had a one-night stand, preferring long-term relationships.

“The connection you have with that person really can solidify your feelings for a certain place and teach you some amazing lessons both about sex and life.”

Travelsexlife.com would agree – the website is dedicated to sexy tales from the road, and argues that sexual exploration is “as much a valid travel experience as is language acquisition, cultural exchanges and culinary delights”. 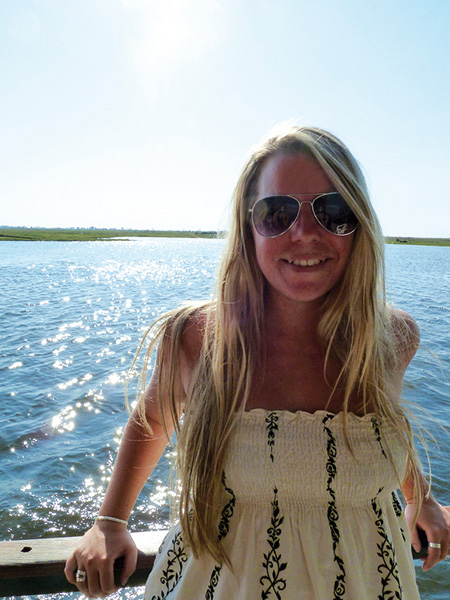 The site has even put together a “single travellers’ sexy bucket list”, with the likes of shagging a local, hooking up in a dorm and fucking in a hammock all making the cut.

For White, though, it’s not about the cool story.

“If you’re having sex because you want a ‘cool story’, you shouldn’t be taking your knickers off,” she reckons, adding that ‘flagging’ – the practice of ‘collecting’ nationalities – isn’t her style.

“For me, sex is part of the romanticism of travel; it’s part of finding out who you are.”

The young blogger has copped some flak for her honesty in the past – a frenemy recently warned her blog would make her undateable – but White refuses to feel shy about her views.

“People always think about the ‘walk of shame’ when it comes to one-night stands; the search for the underwear in the morning and trying to sneak out of the other persons’ place without waking them,” she says. “But it’s nothing like that.

“Travelling on the road makes any [hook-up] so much more intense because you never know how long you’ll be in the same place together, which means that emotions and passion bubble over.

If you’re not ashamed by having sex, then you shouldn’t allow anyone to make you feel that way.” 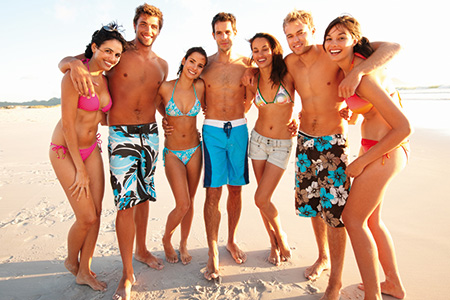 Toni White on the etiquette of travel trysts ….

Do: Stay sober (or at the very most tipsy).

Being tipsy boosts your confidence, makes you a little more relaxed, but still enables you to make informed decisions.

Do: Know what you’re doing.

If you’re with a bunch of your dorm mates and you decide to go off with someone, tell a friend that you won’t be in the dorm later; it’s a good safety measure.

Do: Be adventurous! You’re in a new country meeting new people, so why not let your fears go and try some al fresco sex or different positions? You’ll never learn what you like if you never try! 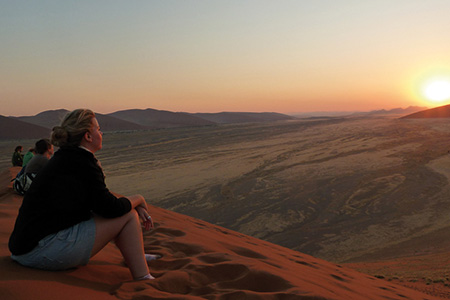 … and what not to do when romancing on the road

Don’t: Get blind drunk! The most stupid decisions are always fuelled by alcohol.

If you’re thinking about sleeping with someone, now is not the time to lose your brain function!

Don’t: Forget about the condom! This usually happens because you’ve done the above.

Being sober is a small price to pay if it prevents nasty STDs or, heaven forbid, a baby bump.

Don’t: Be stupid! If a guy you’ve known for five minutes asks you to come back for sex at his hostel, which is down a dark alley, ask yourself if it’s really worth the risk to your safety.