Walking down the gloomy stairway into the cavernous bar beneath street level, I inhale a deep breath of dank, smoke permeated air.

The time for protecting my lungs is over.

“I’m going to get a pack of cigarettes,” I say to my boyfriend through a fit of coughs. There’s just no point resisting in Krakow (or Cracow), one of the largest and oldest cities in Poland. Unlike the health conscious societies of UK, Australia and the US, it is still legal and very much accepted to smoke in bars and eateries alike. This fact is celebrated and greeted with elation by my full‐time smoker, travel companions.

“There’s just something so satisfying about lighting up over a meal,” says one, cigarette ash coming precariously close to his goulash or gulasz as the Hungarian dish is known in Poland. For me, it’s more about resigned curiosity but the old adage – When in Rome – applies even when in Eastern Europe.

The other factor counting in a smoker’s favour: it’s almost cheaper to smoke than to not.

Okay that’s an exaggeration but tobacco products are ridiculously cheap, as is travel in general.

I ponder the rate of cancer in Poland (according the WHO, 71 billion cigarettes were sold in 2007) as I fish 10 zł (£2) from my pocket to give to the lady in the human operated ‘vending machine’; the interaction is quick and minimal. I don’t speak Polish – with the exception of Dziękuję (thank you ‐ pronounced jenkooyah) – and she doesn’t speak English. I can’t see her face but the transaction is complete when I hand the correct change to the floating hand.

Just as well. I shove the evidence deep in my bag only to be extracted when I’m back safely in the shadowy bowels of Krakow’s endless dungeons‐cum‐watering holes. Drinking vodka could be considered a national past time here. But with a rich cultural and academic legacy dating back to the 9th century, Krakow is not only about drinking and smoking. As Poland’s cultural centre and home to more than 28 museums, public art galleries and festivals, the city is consumed by it’s history. It wears it like a badge of honour. Not merely past events but everyday life co‐existing seamlessly with modernity. The organic, authentic evolution of a city that has struggled is apparent. Not something to be remembered like a hazy, half memory but lived and felt daily. It is this effortless symbiosis that gives the city its character, making it one of the most popular tourist destinations in Poland. Not to mention the unforced cool exuded by Cracovian smokers.

I still feel like an imposter buying cigarettes. Maybe a hangover from my youthful days of furtive experimentation but I feel like the world will see through my fickle habit.

Self‐consciousness momentarily discarded, we are wandering through the cobbled alleyways of Krakow’s historic centre (on the list of UNESCO World Heritage Sites since 1978) smoking with reckless abandon.

The post communist memory is less apparent here. Surrounded by the physical legacy of years of party doctrine and Krakow’s most famous park, the Planty, this part retains its other worldly charm.

Coming to the junction of these two worlds ‐ the old and the new – at the foot of the Royal Wawel Castle, we contemplate the role history has in shaping a city. Touring the castle earlier that day left us Antipodeans feeling somewhat inadequate in terms of historical legacies. Tales of Casimir III the Great, Prince Boleslaw the Shy and Jadwiga, the only Queen who was also King captivated us as we viewed the ornate cathedral where they are buried.

Hungry, we decide to head to the famed Jewish quarter, Kazimierz for some sausage and pierogi, a traditional Polish dumpling. With our trip to Auschwitz the next day dampening joviality, we silently eat our food.

Finished, a friend goes to light a cigarette only to be told that it is non‐smoking restaurant. Seems that times are changing and the new is encroaching on the old. Despondently we head back out into the cold to try and find a more smoker friendly establishment. To be honest, it’s not very hard but we find ourselves once again back in the Old Town.

There is something intangible in the air. The night is bursting at the seams although the streets are quiet. Groups laugh as they spill out of the underground letting a part of the mayhem escape into the night. Falling behind, I brace against the cold and inhale on my last cigarette. Stubbing it out on the cobbles that have seen so much, I wonder what stories a Polish stone would tell. I have a feeling that I’ve only scratched the surface of the true Krakow. But maybe, as a full time traveller and part‐time smoker, that was all I was ever destined to do.

Strauss back for Cheetahs against Bulls 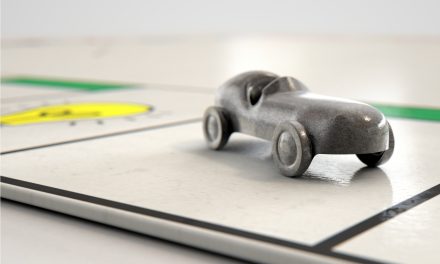