Be it on the roof of a pub, or the grounds of a cemetery, outdoor film screens are cropping up in increasingly bizarre places. But don’t just clamour for novelty while ignoring the classic outdoor venues – each ‘theatre’ offers a unique experience. Here, ?TNT picks some of the best.

Drift into short-film heaven with The Floating Cinema. The water-based picture  house is navigating the canals of Olympic host boroughs in the east, along the River Lea. Take a picnic and get aboard the barge.

Replicating the trappings of an all-American drive-in, this Essex cinema simply requires you to turn up in your ?car and tune your radio to the site’s frequency. July’s line-up includes Shrek, Dirty Dancing, Up and Moulin Rouge.?» North Weald Airfield, 34 Lancaster Rd, North Weald Bassett, Essex, Epping CM16 6HR. 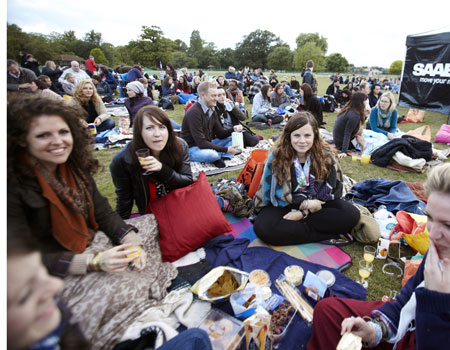 Perched atop a roof in East London, this outdoor cinema includes a bar serves themed cocktails, and a Turkish barbecue. Dark comedy The Virgin Suicides will be showing, preceded by an independent short film.

Folly for a flyover

Transforming the cavernous undercroft where the motorway crosses the Lea Navigational Canal, Folly ?for a Flyover is hosting a programme of waterside cinema, including Flash Gordon, Toy Story and Wizard of OZ.

A classic film, chosen by an online poll, will be projected onto a large screen in the heart of a Victorian cemetery, so you can watch a flick among the ghosts of some ?of the most eminent citizens of the gothic era. Vote to see either The Third Man, ?The Ladykillers or Harold and Maude.

This roaming film event has perfected ?the art of cinema al fresco. Nomad ?pops up in places such as Kensington Gardens, Greenwich and Battersea Park, attracting wide-eyed audiences across the capital. Films including Fargo, Breakfast at Tiffany’s and Thelma And Louise will be enhanced by theatre, music and dress-up. 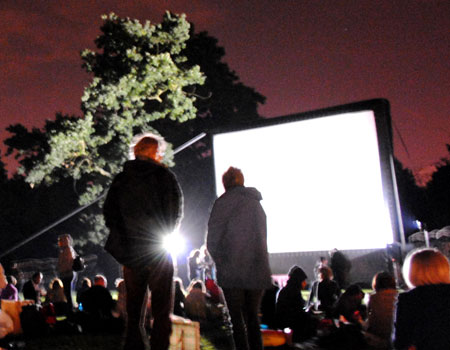 One of the capital’s most popular outdoor film events takes place ?in the stunning neo-classical courtyard of Somerset House. Among a host of films on the bill is the premiere of Pedro Almodóvar’s ?lauded new thriller, The Skin I Live In. ?For an extra cost, Behind The Screen provides the chance to watch directors’ talks one hour before the films. This includes a drink and and an exclusive ?seat for the film.

Cinema under the stars

The Duke of Northumberland offers his country estate for the viewing pleasure ?of the masses, with four nights of classic film screenings. In the historic gardens ?of Syon Park, catch Pulp Fiction, The Shawshank Redemption, The King’s ?Speech and It’s Complicated. 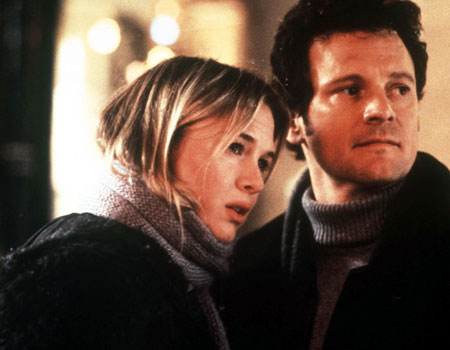 Don’t just turn up to watch Grease. Deck yourself out in 1950s garb to win a prize. There will even be dancing lessons before the movie to help you along. Grease lightening, go grease lightening!

London riots: Looting and violence spreads from Tottenham to Brixton