Peace camp protestors given the boot

The peace camp in Parliament Square will be evicted, after major Boris Johnson won his High Court battle yesterday.

The Democracy Village protestors’ tents and flags have become as much a part of London’s landscape as the Houses of Parliament themselves but they’re not the major’s cup of tea.

Colin Barrow, leader of Westminster city council, said: “We are delighted. This will mean that ordinary Londoners and visitors can once again use the square.”

However, celebrity protestor Brian Haw, who originally pitched camp in 2001, may be allowed to stay on.

The 61-year-old faces the risk of an injunction if he trespasses on to the grass, but can stay on the pavement because legislation introduced to remove him was not brought in retrospectively and a judge has previously ruled it would be illegal to force him out.

Now read this:
London’s green squares and gardens
What’s on in London 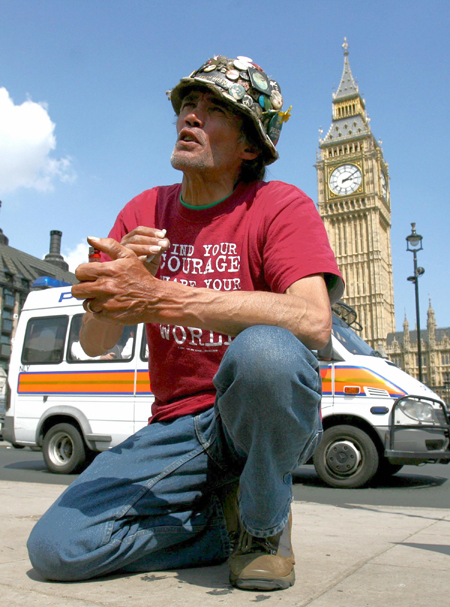 London club: Legendary Secretsundaze kicks off its summer parties at 338 Studios on May 5