If you like your petrol with a side order of posh, this four-day festival is a must. Top F1 names such as Jenson Button (below) and Lewis Hamilton will be in action up the 1.16-mile hillclimb, joining a roll-call of motorsports stars from the world of Grand Prix, rallying and motorbikes. Wander the Supercar Run, which will showcase the latest models from Ferrari, Lamborghini, Lotus and Bugatti. Then chow down on burgers, sausages and pastries, or up the ante with a meal at Gordon restaurant for £32 a head – you’ll get there by tractor shuttle.

Munch on cream and strawberries on Henman Hill if you get tickets to this year’s championships, which attracts the finest players from around the globe. That’s if you get tickets. The public ballot is now closed, so you’ll have to buy on the day – get ready to start queuing (at Gate 3) early.

Ascot has tightened its dress code for the Royal Enclosure to avoid a “misunderstanding of what constitutes appropriate attire”. So, ladies, ditch the fascinators and mini-skirts, and dress to impress. To mark the Jubilee, the racecourse will be decked in 4km of bunting and 80,000 Union Flags will be handed to racegoers. Gold Cup Day is the third day of Royal Ascot, known as Ladies’ Day.

Nothing says pomp and circumstance quite like the Proms. Nod along (like you know what you’re doing) to music by Strauss, Ravel and Prokofiev at this quintessentially British event. Head to the Last Night Of The Proms for a celebration marking the end of the Olympics. It’ll be incredibly impressive.

Check out the rare £1m Lamborghini Reventón as well as a host of other supercars and classic vehicles. Perfect for well-heeled petrolheads.

Twirl your mustache and get ready for umbrella jousting, swooning, ironing board surfing, and not playing tennis at this Olympics with a twist. Billed as this year’s annual sporting occasion for the overdressed, the Chap Olympiad (right) will put trouser creasing skills and pipe-smoking techniques to the test. You’ll be judged on “maintenance of panache, perfectly knotted ties, stiff upper lips and acceptable levels of skullduggery”. Due to the popularity of last year’s event, organisers have spread the fun over two days. Make sure you dress to impress, as there’s a strict code. Don elegant finery, cricket whites, military, formal and dandy wear. Sounds spiffing. 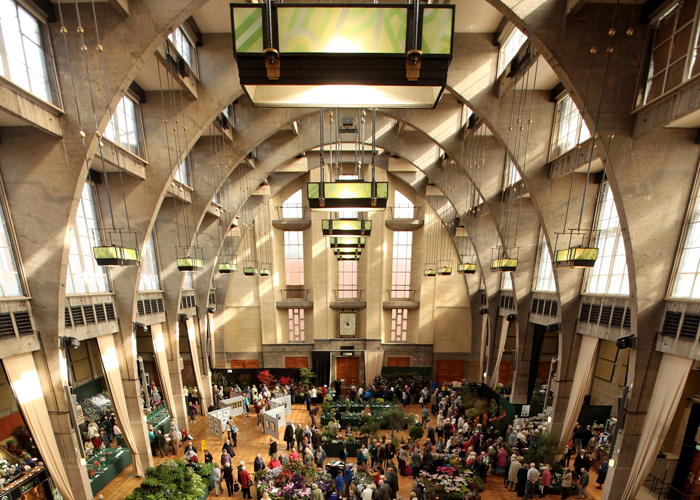 Think you’re a bit of a BBQ whiz? Put your grilling skills to the test at Taste of London’s amateur barbecue competition. There’s also a masterclass, so get ready to impress your friends this summer by learning how to prepare the ultimate meal with top tips from professional chefs (Sat, June 23). The four-day festival also boasts a Laurent-Perrier Tous les Sens champagne masterclass, a VIP lounge, and a secret garden with a cocktail bar.

Proving ballet isn’t just for the old and stuffy, this event merges the English National Ballet with Britain’s Got Talent champs Flawless. If you liked Street Dance, you’ll love this combination of traditional meets modern, of frills meets edgy. Street dance
is fused with acrobatics and ballet, with the lads from the group and ballerinas in tutus. Well worth a look.

Fancy some high-class fare as you sit al fresco in luxurious surroundings, watching your favourite movie? Then you’re in luck. Renowned restaurateurs Salt Yard Group are teaming up with roaming cinema The Nomad for pop-up events. Instead of sweaty nachos, choose from Ibérico burgers with manchego and guindilla; Ibérico hot dogs with romesco sauce, caramelized onions, guindilla and mustard alioli; or salt cod croquettes and courgette flowers with goat’s cheese and honey. Available at The Big Lebowski, The Goonies (below), and The Graduate.

Snoop around some of London’s most intriguing, usually out-of-bounds buildings, installations and pop-ups. Explore inside theatres and playhouses; discuss connections between music, motion, architects and developers at a roller disco; or romp around the London Pleasure Gardens being built next to the Olympic venue at ExCel. There are also walks through London markets, a roof-top party and pineapple hunting (of course) with experimental foodies Bompas and Parr.

You don’t have to be green-fingered to appreciate the plant life going on at Kew Gardens. But this summer, take in the flora and fauna while rocking to top tunes. As part of Kew The Music, concerts will be held over six days, with a line-up including Status Quo, Will Young and James Morrison. VIP your night by ordering a picnic hamper (£48 for two) or enjoy a BBQ in the Pavilion Restaurant.

Take in Somerset House’s 55 fountains in the courtyard during its summer of film. From premieres including On The Road to classics such as The Birds, 15 top movies will be screened in August.

Fancy yourself a bit of a wine buff? Put your palette to the test at this vino competition. Although it has run since 2004, this is the first time it’s open to the public. Get along to taste a selection of award-winning wines.

This huge event is geared around showcasing one of the things London does best – dining out. Go for a culinary journey around London on a bright red Routemaster, stopping off for a starter, main and dessert in three different restaurants. The Tapas Tour is back by popular demand allowing ticket holders the chance to experience traditional Spanish style tapas crawls across the city during the festival fortnight. Eat Film will also host a different culinary personality across three evenings to enjoy dinner and a film of their choice. There are choices for all budgets, but treat yourself to something top-end for
a real taste sensation.

Mint Polo in the Park

Sip Pimm’s or Veuve Clicquot while watching daredevil stunt team The Devil’s Horsemen at this three-day, high-end polo tournament. As well as on-pitch entertainment, there’s plenty going on off the field, with a champagne garden, a cocktail bar as well a Harrods Food Court. Ladies’ Day (below) falls on Sat, June 9, so make sure you’ve got your fascinator at the ready.

Oggle Damien Hirst paintings, huge diamonds, bespoke motorbikes and cars, first-edition Charles Dickens novels and Cartier jewellery at this event. Also on display are fine and decorative arts with premium collectors’ items, fine wines and exquisite jewellery from around the world. Get involved in the champagne tastings with Ruinart.

Run with zebras and giraffes at the Big Five Marathon