Positively atmospheric in the Baltics

“Look at this place! It’s such a beautiful setting for a festival,” screamed Stone.

And she wasn’t wrong.  Situated two hours outside of Riga, is the popular festival sits amongst the natural woodlands of Salacgrīva – a small Latvian coastal village. Dreamy and almost surreal, the festival backs on to the Baltic sea, with its warm sand and azure waters.

As the sun peeks behind the oak and pine, it is easy to lose yourself in the wonder of such a venue.  Hammocks hang lazily between trees as fairy lights swing above.  Wooden walkways lead down to the beach where festival-goers lounge around with a drink in hand, listening to the rippling waves and dipping their toes into the sand. Stages nestle in the dunes, providing a natural amphitheatre as people sit on gradual inclining hills amongst the towering trees. Pop-up stalls provide henna tattoos, vintage accessories and craft while others offer up independent clothing lines and mesmerising artwork.

For those wanting something other than music, there’s a cinema hidden amongst the trees playing eclectic films into the early hours of the morning.  For the food connoisseurs, there’s tantalising stalls offering up the best in Latvian cuisine. And with a choice of eclectic bars dotted around, visitors to Latvia should try the Riga Black – a potent yet tasty alcoholic spirit or ask for an “alus” (Latvian for beer). 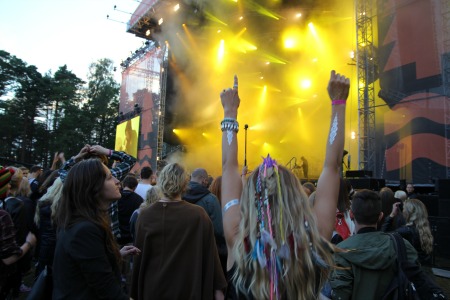 In just under a decade, Positivus has become the largest music event in the Baltics and attracts more than 30,000 visitors across three days, with almost 10,000 of those from outside of the country.  The festival transports chart-topping headliners, underground emerging talent and exciting art and dance stages its unspoiled, atmospheric coastal setting.  There’s genres spanning pop, indie, synth-pop, punk rock, hip hop and electronic.  On the major stages, punters can choose to sit or stand as the headliners entertain.

Alongside those big names were exciting projects such as the Editors’ Justin Lockey, Vampire Weekend’s Chris Baio’s solo project aptly named Baio, as well as HANA – Grimes’ backup singer.  In the DJ booth, there were additionally the likes of Mike Skinner, DJ Slow, Marlo Moretti and MakeMake.  The President of Estonia, Toomas Hendrik, even made an appearance, turning up for a signing session at the Tallinn Music Week (TMW) summer house. 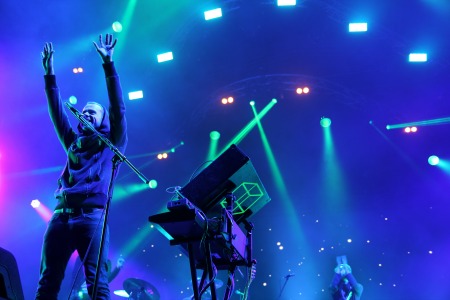 Dubbed a smaller Glastonbury, Positivus is like no other festival.  Incorporating a Latvian obsession with nature, laughter can be heard and dancing takes precedent at every corner.  Punters saunter between stages and smiles are a dime a dozen. There’s no unnecessary drunkenness or fights, just a peaceful enjoyment of music and positive atmosphere. Ultimately it’s a festival that truly lives up to its name.

‘The Girl With the Dragon Tattoo’ tour of Stockholm