Prince William and Kate Middleton played hockey and took a canoe ride as they visited Canada’s North Western Territories on the sixth day of their tour of the Commonwealth realm.

The royal couple stopped in Yellowstone as part of their tour of Canada and took part in a camera-friendly game of street hockey. 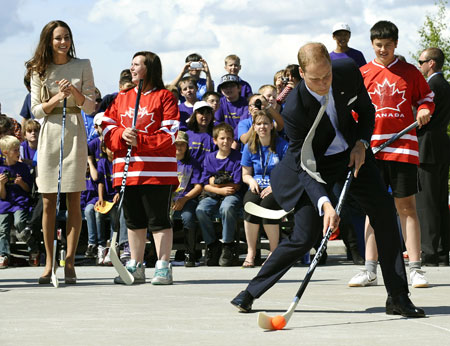 The couple were given ice hockey tops emblazoned with the word “Cambridge” and the numbers 1 for Kate and 2 for William.

“You realise you've got to let one in!” William told the goalie. But no concessions were made for the Prince and none of his three shots went in.

“I would have taken a shot if I wasn’t wearing high heels,” quipped Kate as she restarted the game by dropping the ball. 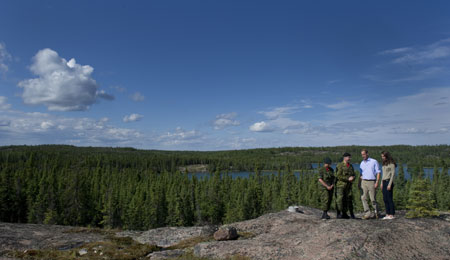 The Royal couple were being introduced to traditions of Canada’s native people. Half the region’s population of 44,000 has aboriginal heritage, and members of the Inuktitut and Chipewyan tribes welcomed William and Kate to Yellowstone. 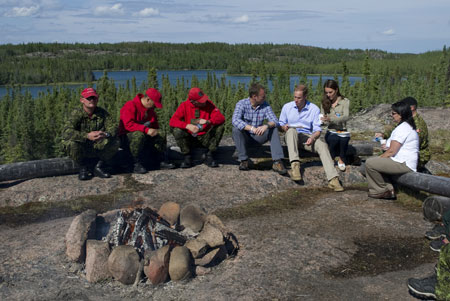 The couple watched dancers performing to drummers on caribou-skin drums and teenagers demonstrated Arctic sports including the “Alaskan high kick”, which involves balancing on one hand and kicking a target.

William told his hosts North Western region “is what Canada is all about” and thanked them in the local Dene dialect. 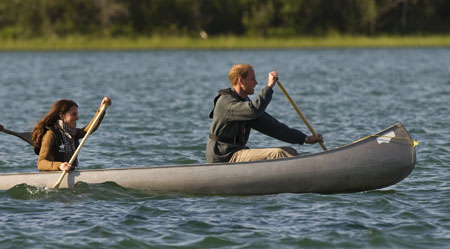 The regional government presented Kate with a diamond brooch in the shape of the region’s polar bear emblem, made from 4.5 carats of locally-mined diamonds. The Duke was given a pair of matching cufflinks. 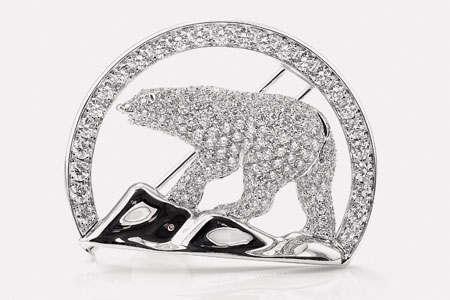 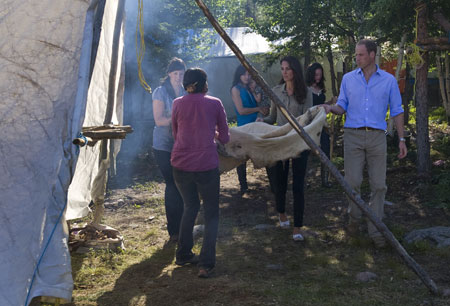 a caribou skin to a tent to be smoked while visiting Blatchford Lake,

Drag Me To Hell