And rightly so, as the player known as ‘the other Swiss’ – his whole career spent in the shadow of Roger Federer – did what his countrymate couldn’t in this tournament and break down the world No 1.

When Nadal, with movement impaired and his serving power down a few gears, called for a medical time out Wawrinka – ‘the other Swiss’ having spent his career in Roger Federer’s shadow – was leading 6-3 and 2-1, and was up a service break.

”He was playing amazing,” Nadal admitted.

Nadal said his back felt stiff in the warm-up but became more of a worry in the second set but on his return to the court Wawrinka let him back into the contest abandoning the attacking approach that had worked so well. He took the second set but Nadal battled to take the third 6-3.

“I started waiting for him to miss and that was a big mistake,” Wawinka said. “Then I began moving better and playing more aggressively and I finished the match well.” 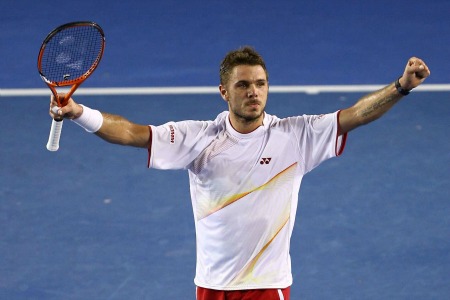 It’s remarkable that in 12 meetings prior, Wawrinka hadn’t taken a set from Nadal let lone a match. But he came out all guns blazing, forcing short points and not allowing the Spaniard to dictate terms as he likes to from the baseline.

The Australian Open remains the only Grand Slam Nadal is yet to win.

”I  hope you’re back  is going to be fine,” said Wawrinka in his acceptance speech, following a emotional moment when a tearful Nadal thanked the Rod Laver Arena crowd.

“It’s not the way you want to win a match, because someone is injured, but you have to take it,” he said later.

Nadal was booed earlier when he left the court for treatment and Wawrinka argued with the umpire when he didn’t give a reason for his absence. But he was over it once the game was over.

“He is always a fair player. It was like a second match within the match and I just started to get very nervous because I realised I was close to winning,” he said.

Nadal said he was determined not to quit the match  through injury.

“I was happy with the way I arrived at the final,” he said. “I tried hard until the end, I hate to retire. The only way for me to win was his mistakes because I was serving so slowly and so predictably. I only survived because of the mistakes he made on the return.” 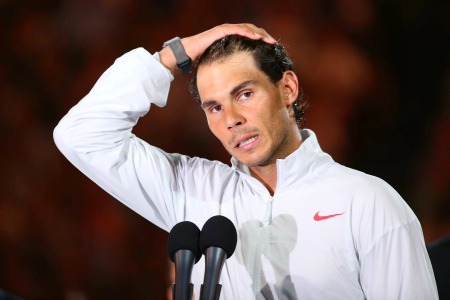