The former Melbourne, now LA-based, TV and film star opens up to TNT.

Remember Me is a romantic drama set in New York. What’s your experience of dating in big lonely cities?

It is difficult. People just end up meeting in bars. No one’s actually walking around and interacting. Online dating and all these things … they’re so fake, I’m sure people aren’t really writing proper profiles. It’s all such a game instead of it just being an organic process.

So, to the most important question …What was it like to kiss your Remember Me co-star Robert Pattinson?

I’m so curious about what people want me to say! Do people want a description of his mouth?

Well, is he a good kisser? Girls want to know and you’ve been there …

Yeah, been there, done that, and ticked that one off! He’s a great guy and everything was just very comfortable.

There were tabloid stories suggesting you and Pattinson were a couple. How did you deal with that?

I don’t know. You just ignore it or laugh about it. In a way, it amuses me, but it’s stupid. What are you going to do about it? I should read these things to find out what I’ve been doing!

What are your favourite romantic movies?

Without going into old films, because I could go on about those forever, I suppose something that was relevant to me when I was a teenager was [Baz Luhrmann’s] Romeo + Juliet. I think because it wasn’t fake. It dealt with tragedy. I’ve never been a fan of fluffy romantic movies, showing everyone happy and a perfect ending.

Remember Me deals with teenage angst. What were you like as a teen?

I was so enveloped in this whole new world of acting, it didn’t give me time to deal with that. I moved to LA when I was 18. I moved for a job, then just kept working, so I stayed out. And LA is just crazy. Especially coming from Melbourne, which is a pretty cool, down-to-earth, cosmopolitan city.

In LA you have endless people wanting to be your friend for the wrong reasons or people with ulterior motives. There are some great people there too, but you can’t be naïve.

You’re probably best known as Claire in Lost. How was it to return after a season absence?

Great. It was a good time after four seasons to have a break. It was kind of perfect. I got to work on some great stuff. But it was exciting to see everyone.

So what happens then at the end of Lost?

You can tell us … I actually don’t know! We have three episodes left to shoot. I really don’t know. Are you excited to find out? Yeah, are you kidding? It’s been six years of not knowing! It’s going to be good, I’m sure, but I’ve no idea what.

What is next for you?

An animated film, Legend Of The Guardians. Zack Snyder directed it. It’s based on a series of books and we’re all Australian owls! I’m a very cute little fluffy owl called Eglantine. It was so fun. It’s incredible the amount of work that goes into these things.

» Remember Me out April 2 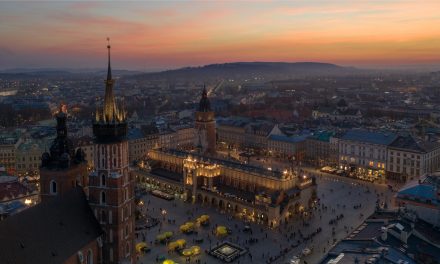