Out swans Rick Astley looking very svelte in a three-piece suit. Sporting a full head of hair, it’s hard to believe this baby-faced singer has clocked 46 years. Besides being sans chambray he doesn’t appear to have changed much since starting his solo career in 1987 with Never Gonna Give You Up, the song we’re all pumped to hear.

The audience is giddy with anticipation; he tells the ladies to put their handbags on the floor and get dancing just as he commences with Together Forever. The crowd is transformed into a mass of bopping heads all mouthing the lyrics.

It’s not long before Rick asks if we’re ready for a bit of romance. There is an audible contented sigh from the crowd’s female contingent as he serenades us with When I Fall in Love, beneath the blue lights. But Rick certainly knows to please both genders – he turns down the lights and announces, “any man that was dragged here by his wife should now have a grope, have a bit of a feel of each other”.

The ladies’ man persona is just one side of Rick that we are treated to. It turns out he’s actually quite the joker. After my initial shock upon hearing his strong northern England accent and incessant swearing, I find myself giggling when he tells us that he “played in Rooty Hill last night, it was fucking bonkers”. Later, he acknowledges that “it may be one of those moments when you want to drift off to the bar … I’m going to play you a couple more songs that you’ve never heard, then I’ll get back to the other stuff. Lock all the doors by the way.” 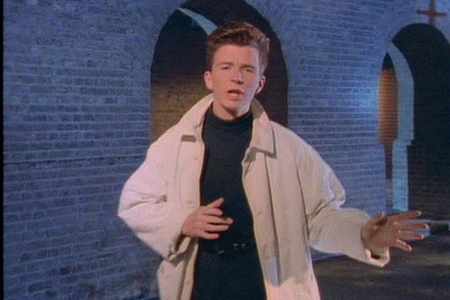 After these new unknown songs, Rick sits behind the drum-kit, starts twirling the sticks and asks if we’re ready for “a bit of rock and fucking roll”. You won’t believe what he does – a cover of ACDC’s Highway to Hell. It feels so wrong and I wish I had taken him up on that disappear-to-the-bar offer. The rest of the crowd go mental, they’re out of their seats gyrating as though it were the Young brothers on stage.

For the encore we revert to watching sexy Rick. He takes off his jacket, rubs his chest and lets us know that he needs some sugar. Serendipitously, a pair of pink knickers are thrown on stage, which Rick picks up and hangs on the mic. Hopefully this is the first, and last time, I will ever have to experience such an act.

Rick does have an amazing way of working of the crowd, making it an interactive gig where people are encouraged to get up on stage, grab the the mic and sing along. My favourite part of the night is when five teenage boys are pulled up on stage to collaborate on Never Gonna Give You Up. Whether they’re a plant, or a result of the “Rickroll” phenomenon, I don’t know, but these kids knew every word and had impressive mimes to match. When they’re shooed off stage we’re left with Rick’s deep voice singing one last chorus; I look around at the sea of smiling faces, and bodies swaying and clapping.

I walk away not knowing exactly what happened or how to feel, but there is no doubt that this is one night I’m never gonna forget.