Ricki-Lee on her new album and living without fear

It’s been eight years since Ricki-Lee was eliminated from Australian Idol, and like a rebellious catholic girl let out of the convent, she has tried her hardest to shake the tag. Now she’s signed with EMI, sporting a new look and a gutsy new album, it appears she finally has come into her own.

Ricki is speaking to TNT from the comfort of her bed on a rainy Sydney afternoon. Her third album, Fear & Freedom, is just about to drop and she couldn’t be more thrilled. It’s the first with her new record label and her third solo album since she was placed seventh in series two of Australian Idol.

“I think it’s a killer pop album,” she says. “I went out with a goal to write an album that was unlike anything else that any other Australian artist was doing. I feel like I stepped outside of my comfort zone. I worked my ass off and I worked with the best in the world. I feel like this album is my best album to date and I am so proud of it. I can’t wait for everybody to hear it.”

Ricki is bursting with excitement, gushing as she talks about the album. In fact, keeping it under wraps has been the hardest obstacle for the overt singer.

“I am so honest and I share so much with everyone all the time, and this is the only thing that I have to hold close to my heart,” she says. “Finally letting everyone hear the album, it’s so exciting.” Although she admits, “it’s also pretty scary.”

Now that it’s been released, Ricki will do the rounds, making appearances at shopping centres across Australia before kicking off a national tour. 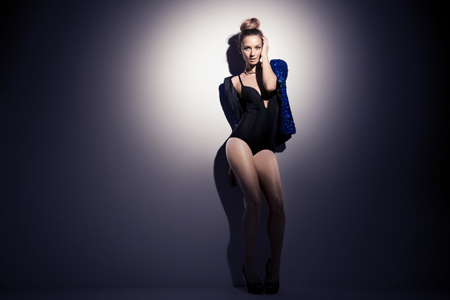 Fear & Freedom is about overcoming fears to become an uninhibited person and this is certainly reflected in tracks such as Human, Do It Like That, Never Let Go and Crazy. But what does freedom mean to Ricki-Lee?

“Freedom to me is being fearless, it’s not being restrained, it’s not being weighed down or held back. Freedom is feeling confident enough to do what you want to do. Even if it does rub people up the wrong way, or go against the grain, you know? Nobody wants to be normal.”

It’s no surprise that one of Ricki’s biggest influences is Michael Jackson, the King of (amongst other things) pushing boundaries.

“If you were to explain Michael Jackson on a piece of paper to someone that has never heard of him, you would say he’s wacky, he’s odd, he’s weird. But he’s a genius. He dresses weird, he speaks like a woman, but he’s extremely masculine when he’s on stage and he’s in charge and in control. I think that people that are a bit outrageous make the world go round,” she reflects.

This out-there persona is portrayed best in the third single from the album, Crazy. Ricki explained the video’s concept in a behind-the-scenes video: “The song Crazy is all about letting the music take over your body and take control, losing your inhibitions and going crazy. And I thought why not do a play on the word crazy and do it in an asylum and act a bit crazy. I’m actually every character, so I’m the patient but I’m also the nurse and I’m also the psychologist that’s evaluating me, so it’s like I’m trapped within my own head.”

Upon observation it appears to be a homage to Britney Spears’ Toxic with the playing of multiple characters and the misunderstood-mental-patient personage that Ms Spears does so well. But its not just pop that influences Ricki.

“I’m influenced by so much music – and music that people wouldn’t even expect. I love 30 Seconds to Mars and Coldplay. Even though I’m a pop artist and I write pop dance music, listening to those records has been a big inspiration. It has inspired my writing and the way I approach my writing. I think listening to music that is different helps you be more open-minded and approach things in a different way.” 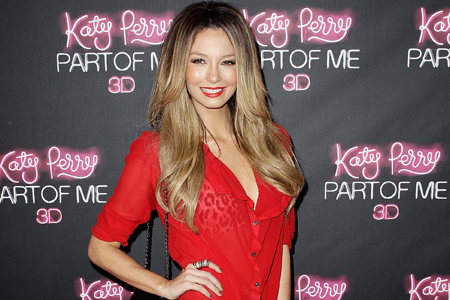 At 26 years of age, Ricki has three albums under her belt, carved out a career in radio, become mentor on Nine’s reality TV show, The Voice, been signed as the Australian face of Covergirl make-up and fronts a national television campaign for Woolworths. She’s also been married – and divorced. While her life may seem like a rollercoaster in the media’s eyes, the one thing that has been stable in her life is music. Asked if there was anything else she has ever wanted to do she is frank.

“When I told my Dad that I wanted to be a pop star, he was like: ‘no Ricki, what are you actually going do for a job?’ And I said: seriously, I am going to be a pop star. People are going to know my name and sing my songs,” she reveals.

Luckily it worked out. But it wasn’t seamless. Most people don’t realise that Ricki auditioned for the first series of Idol but didn’t make it.

“I went back the next year, even more determined to make it, and the rest is history.

“It [Idol] was a massive opportunity to be seen and heard and I think that’s all that any artist could ever ask for.”

She hasn’t looked back either, the girl from the Gold Coast will release her third album in Canada and there’s talk of rolling it out in other countries.

“Sydney is home now, moving from the Gold Coast gave me a breath of fresh air to think for myself. I feel like I am in control of my life now,” she says.

But she hasn’t forgotten her roots either, giving TNT some travel tips for the Gold Coast “Ah the G.C!” she exclaims.

“You have to go for a drive into the hinterland and into Mount Tambourine – get another perceptive of the Gold Coast. People think that it’s just Surfer’s Paradise, but there is much more,” she assures me.

And as if her life isn’t enough of a rollercoaster ride, she admits the theme parks are where she blows off steam.

“Oh, they’re amazing even as an adult. Me and my Dad – that’s our thing. That’s what we do together,” she says.
“Then there are the nightclubs and let me tell you, in the Gold Coast nightclubs there is a whole lot of fun waiting to be discovered.”

She may be released from the Idol clutches, travelling the world and living the high-life in Sydney, but it’s reassuring to know you can’t take the Gold Coast out of the girl.

Bogan Bingo: unleash your inner bogan in the capital